The gallery gives the visitor a comprehensive view of the country’s culture within the art world, housing British art from 1500 to present day 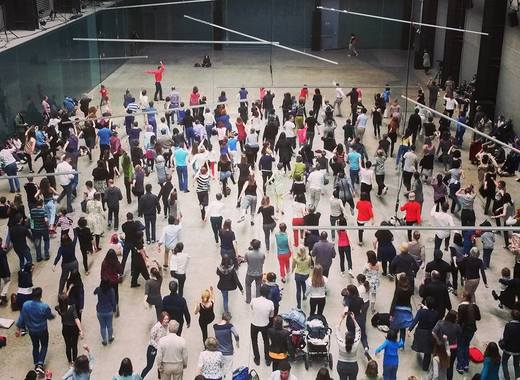 Tate Modern is a modern art gallery located in London . It is Britain's national gallery of international modern art and forms part of the Tate group (together with Tate Britain, Tate Liverpool, Tate St Ives and Tate Online). One of the reasons for its worldwide reputation is the striking building where the gallery is situated - the former Bankside Power Station, in the Bankside area of the London Borough of Southwark. Tate Modern is the most-visited modern art gallery in the world, with around 4.7 million visitors per year.

The famous modern art gallery has a permanent collection across three floors that encompasses everything from photography to performance, and also have some special temporary exhibitions. A visit to the Tate offers an entire history of modern art from the 20th century and beyond. The admission to Tate Modern is free, except for the special exhibitions.