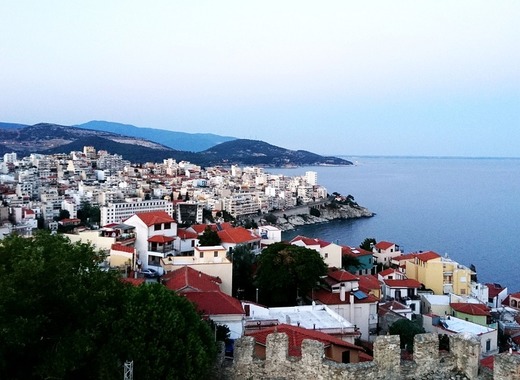 Last week, members of the Greek government and representatives of the companies Volkswagen and MAN paid a visit to the island of Thassos. While exploring the landscape, they were also conducting negotiations on a possible massive investment in e-mobility in the region.

The talks are part of the Greek government’s wider push to promote electric mobility across the country and to make it not only an attractive alternative to regular diesel-powered travel but also a viable economic opportunity, that will create jobs and growth in the area.

Greek delegations were quickly dispatched to Munich in September, to visit MAN’s headquarters, where they discussed the possibilities of transforming Thassos into a green-smart island and how that would impact the region and its population. Volkswagen was reportedly interested in testing its autonomous buses and cars in real-life conditions on the island

Meanwhile, Greek authorities are eager to turn the region’s advantages into tangible economic and development benefits. The end-goal is to eventually turn Thassos into a smart island that makes use of both its high-end airport infrastructure and the port of Kavala.

Volkswagen is ready to invest 45 billion euros in the development of new innovative technologies and solutions over the coming years. Greek authorities are hopeful that by providing the necessary infrastructural support to the company, they might be able to attract parts of these investments.

Similar large-scale projects and joint public-private ventures are bound to lead to an economic boom in the concerned areas, creating jobs and spurring their growth, substantially improving the lives of locals.