They call for a balanced, multi-level policy to combat the growing threat 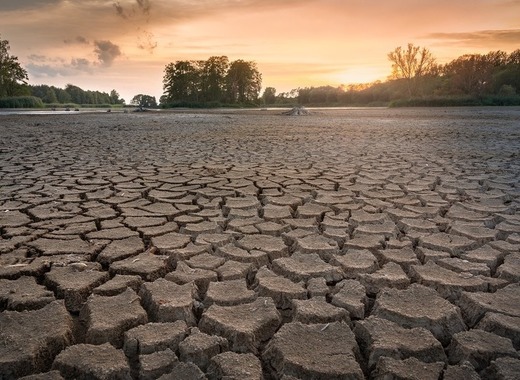 The Mayors of the 12 largest cities in Poland have announced their readiness to counteract drought. The municipalities, united under the Union of Polish Metropolises (UMP), declared on Friday that in the coming years they will give priority to the resolution of the problems of water retention, reduction of gas emissions, and will take measures to prevent climate change.

The mayors of the largest cities (in Polish they are referred to as Presidents), have adopted a joint declaration on 22 May 2020. The position says that drought is the greatest challenge for Polish local governments in present day.

There is no sphere of life that would not be affected by lack of rainfall. The effects of drought, problems with the supply of water and electricity, drying urban greenery, falling food production and its rising prices can be felt by everyone, continues the declaration.

The mayors explain that drought is not a local phenomenon, but rather a national one that requires joint and coordinated actions. For their part, the UMP cities declare that in the first place they will focus on introducing monitoring of the level and quality of water resources, diversification of water supply sources, restoring wetlands to their original character and function, appropriate water retention as well as reduction of gas emissions and will take measures to prevent climate change.

On top of this, the UMP mayors believe, that it is also necessary to accelerate work on the expansion of the National Drought Monitoring System and the establishment of the rules for the use of inland waters for irrigation of green areas by the National Water Farm "Polish Waters".

“We see the legitimacy of creating legal regulations related to the re-use of consumed water, including treated wastewater, for the needs of agriculture, industry and municipal economy”, reads the document.

At the same time, UMP cities declare their will to cooperate with government administration, non-governmental organizations, scientists and research centres to improve the tools that they currently have. “Only joint actions will enable the development of a balanced, multi-level policy to combat the growing threat of drought”, emphasize the signatories of the declaration.