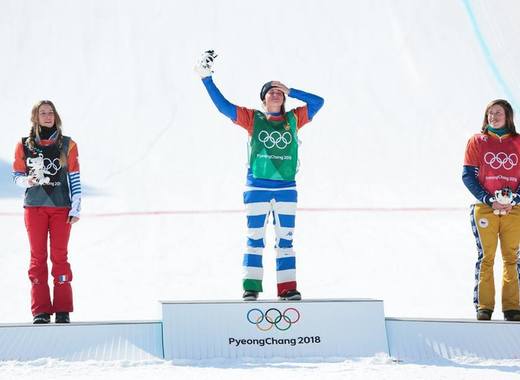 Age is nothing but a number at this Winter Olympic Games. A clear example for this is the 16-year-old silver medalist Julia Pereira de Sousa Mabileau. She crossed the line in second place, leaving behind her the Olympic champion Eva Samkova, five-time world champion Lindsey Jacobellis and highly-favoured compatriot Chloe Trespeuch.

It’s just a year and half that Julia Pereira de Sousa Mabileau has been on the world cup circuit and she has only ever reached two world cup podiums. But now, when it mattered most the young snowboarder delivered the run of her life. Some of the girls Julia competed with are double her age and she was only watching them on TV at the previous Olympics. The French Snowboarding star is actually so young, that she isn’t yet eligible to vote.