For the first time the tournament is jointly-hosted 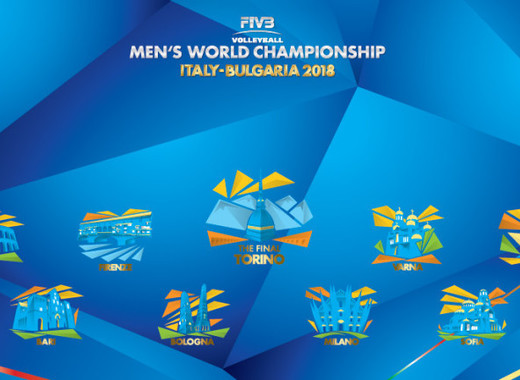 The 2018 FIVB Volleyball Men's World Championship is contested by the senior men's national teams of the members of the Fédération Internationale de Volleyball (FIVB), the sport's global governing body. The final tournament is being held in Italy and Bulgaria оидп 9 to 30 September 2018. For the first time the tournament will be jointly-hosted by more than one country. 24 national teams are expected to compete.

The tournament will take place in six Italian cities: Bari, Bologna, Florence, Assago, Rome and Turin and three Bulgarian cities: Ruse, Varna and Sofia. Both Italy and Bulgaria have previously hosted the Men`s World Championship. Italy last organised the 2010 edition, the country also hosted the men's event in 1978 as well as the 2014 Women`s World Championship. Bulgaria, on the other hand, hosted both the men's and women's senior editions in 1970.