The 2020 London mayoral election – testing grounds for a new Britain 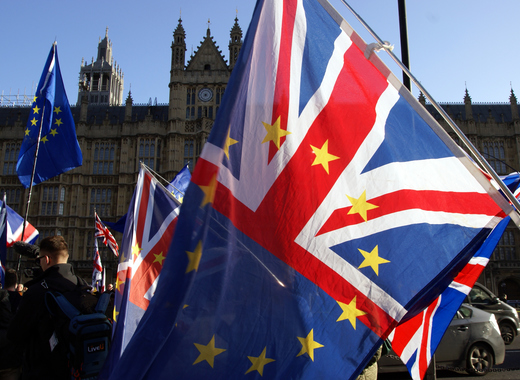 In May of 2020, the citizens of London will be heading to the polls to elect their new mayor. With the United Kingdom teetering on the Brexit brink, it should come as no surprise that these upcoming elections will be a testing ground for how British society is taking the changes that are afoot.

While the United Kingdom’s exit from the European Union always remains in doubt, current expectations are that by 31 January, the UK might have finally “broken free” from their “continental overlords”.   That means that the London mayoral elections will be the first true electoral test for the parties that might (or might not) have delivered the results of the referendum.

What separates London from the rest of England is the fact that the capital of the United Kingdom voted overwhelmingly in favour of remaining in the European Union. The local population is vehemently anti-Brexit and it should come as no surprise if citizens stand ready to back a candidate who campaigned against Brexit or at least tried to stop no-deal from becoming reality.

Yet by the time the elections come about in May, Brexit might no longer be the hottest topic on the table, which would allow local issues to finally yet again take centre stage – topics like housing, crime, environmental impact, climate change, poverty, etc. This would, in turn, allow for previously unelectable candidates to win over the hearts and minds of some voters.

So, if everything is on the table, let’s check out who is running.

Incumbent mayor Sadiq Khan was chosen as the Labour party’s candidate back in 2018 after local Labour activists and affiliates voted in his favour. During his time in office Khan’s platform has focused precisely on all things Londoners consider vital – the environment, housing and crime.  And it would appear that he is quite liked by the citizens of the United Kingdom’s capital with polls showing strong support for a 2nd term.

Sadiq Khan has been in permanent campaign mode since the 2016 referendum on exiting the European Union. He managed to solidify his position as a man who answers the concerns of his constituents by firmly backing the Remain side and subsequently becoming one of the strongest advocates for a 2nd referendum – a so-called Peoples’ Vote.

Despite lacking a proper capacity in which to represent his citizens in matters of foreign affairs, Sadiq Khan has been pivotal in the Labour Party’s approach to the issue of Brexit. He has been visiting European officials, hosting them in the city and has generally done his utmost to present the case for Remaining to anyone who would listen.

This, of course, has put him at odds with Labour leader Jeremy Corbyn – a man who voted against the United Kingdom’s accession into the European Union in the 1975 referendum and has since refused to explicitly state whether he supports the country’s continued membership. The party’s general lack of direction on the issue is perhaps the main reason for doubt when it comes to Sadiq Khan’s reelection prospects – despite his own lack of any ambiguity when it comes to Brexit.

Shaun Bailey has served in the London Assembly since 2016 and worked as a special advisor to PM David Cameron. He was chosen to become the Tory candidate for the post of mayor following an in-party primary which he won with 55% of the vote in the 2nd round.

Given the toxic political atmosphere created by Brexit over the past couple of years, the candidacy of Bailey seems doomed from the get-go. Ever since the Conservatives began their attempts to deliver the results of the 2016 referendum, the party has seen its support in the country’s capital collapse. To make matters worse, Bailey himself supported the Leave side during the campaign making him even more unpalatable for the citizens of London.

While most recent polls show Bailey trailing far behind Sadiq Khan, who knows what a post-Brexit world might bring to the table.

Benita was also chosen following an in-party primary election. She was an independent candidate for mayor of London back in 2012 but later joined the LibDems in the wake of the 2016 referendum. Since then, she has been campaigning for the United Kingdom to remain within the European Union, declaring the Liberal Democrats the only true Remain party.

While her chances of victory might be slim, by default – seeing as she managed to secure barely 3.8% of the vote in the 2012 election, while the LibDems themselves won just 4.6% in 2016, the 2019 European elections offer a glimmer of hope.

The Liberal Democrats smashed through London, becoming the most popular party in the city in May and securing 27% of the votes – ahead of Labour’s 24%. In the event that Brexit is still underway, the LibDem candidate might stand a chance in the election – provided that they manage to combine their anti-Brexit messaging campaign with actual policies aimed at resolving the problems of London.

Rory Stewart is a former Conservative Party MP and Secretary of State for International Development. He lost the Tory whip when he defied his party and supported a bill which took a no-deal crash out from the European Union off the table. Soon after he announced he will not be standing for reelection as a Member of Parliament but would rather seek to become mayor of the capital as an independent.

Prior to this, he was one of the shining stars in the Tory leadership election, managing to surprise pretty much everyone by surviving the votes and getting way further than anyone anticipated. His signature campaign strategy – “Rory Walks” – proved a hit with citizens in the UK and with Twitter users. Chatting with locals and attempting to understand their plights and troubles was a decent strategy for Stewart which secured him a place in the international spotlight – but will it be enough to actually get into power?

While the election for mayor of London is still far into the future, it’s worth noting that any developments in the campaign are most likely the results of larger plans by the main parties. Everyone will be eager to test their strength in a post-Brexit world and the 2020 elections will be the perfect opportunity to try out new approaches and see what works and what doesn’t.