The exhibition could be seen until January 13 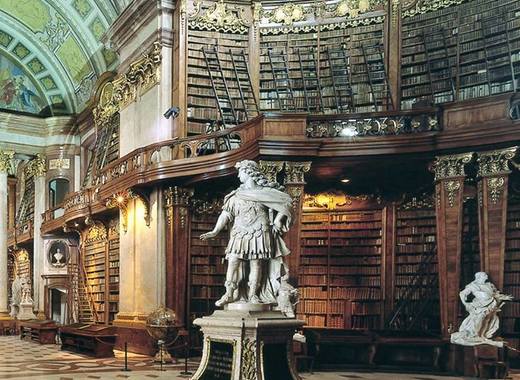 The "Gründungscodex" (founding codex) of the Imperial Court Library dates to the year 1368 and it celebrates its 650th birthday. One of the highlights of the anniversary exhibition "Treasury of Knowledge" is the "Evangeliar des Johannes von Troppau", written entirely in gold, decorated with lavish imagery and enclosed in a magnificent binding. Also on display are further magnificent manuscripts and valuable early prints, which are representative of European book and intellectual history; moreover, there are precious musical scores, maps, manuscripts, photos and graphics from all of the library's collections, which begin over 3000 years ago in the Egypt of the Pharaohs.

The anniversary exhibition is accompanied by the event series "Object of the Month": Twelve presentations by in-house experts focus on valuables that are only very rarely seen for conservation reasons. The show takes place in the Grand Hall of the Austrian National Library. Built in the 18th century, it extends over a length of 80 and a height of 20 meters. This Baroque jewel houses more than 200 000 volumes as well as an exhibit of four magnificent Venetian globes with a diameter of more than a meter.