The biggest Romanian airline to launch 8 new routes this summer

The price of the tickets to the new destinations will start from 19.99 euros 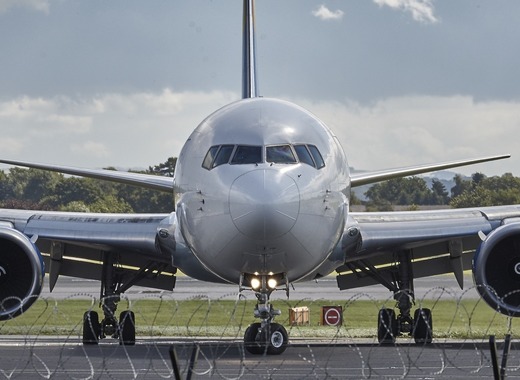 The largest Romanian low-cost carrier Blue Air informed that it will open eight new routes from Bucharest, Iasi and Bacau airports in summer 2020.

On 15th June 2020, the airline will open the Bucharest-Munich route, with 4 flights every week. On 16th June, it will inaugurate the Iasi-Verona route, with 3 flights a week. The price of the tickets to the future new destinations will start from 19.99 euros.

Blue Air will also launch 6 new routes from the Bacau airport travelling to Athens (Greece), Birmingham (UK), Copenhagen (Denmark), Larnaca (Cyprus), Oslo (Norway) and Stuttgart (Germany). These routes come on top of the 9 other ones currently operated by Blue Air from the "George Enescu" International Airport in Bacau.

The only air carrier in Romania with 100% domestic capital

Blue Air is the biggest Romanian airline in terms of the number of passengers carried, operates Boeing 737 aircraft. It is also the only air carrier in Romania with 100% domestic capital. The company started operations in December 2004. Nine years later, it was bought and taken over by Airline Management Solutions Company for 30 million euro. In late 2018, Civil Aviation Group comprising Blue Air and two individual associates bought the indebted flag carrier of neighbouring Moldova for 61 million euro.

The bases of the company are located in Romania, Italy, the United Kingdom and Cyprus and boast a total of 29 aircraft. Overall, Blue Air operates flights to more than 100 destinations in 20 countries. Blue Air achieved a 3.4 million euro net profit in the financial year which ended on 30 September 2019, in comparison with the loss of 24.4 million euro in 2018.