The Brussels-Capital Region has developed the QUIET.BRUSSELS PLAN to reduce the effects of noise on health 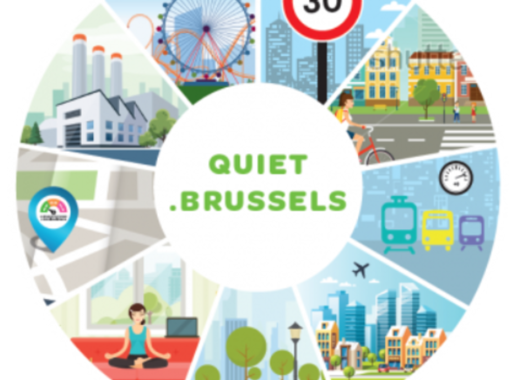 A new governmental plan aiming to support the vitality of the Belgian capital, but at the same time – to preserve the calm and well-being of its residents has been proposed. A public order relative to the fight against urban noise exists since 1997 but the problem has inarguably reached new levels now that the cosmopolitan city has a million habitants. The project has three main objectives: health, social objective and attractiveness. To reduce the time of noise exposition, to guarantee enough rest time to all citizens, while improving the image and the attractiveness of the city and the region by developing its economy and culture are the primary tasks to achieve.

Therefore, the PLAN QUIET.BRUSSELS is organized around three visions: to reduce the transport noise, to promote tranquillity, to manage diversity, sub divided into nine themes. The moderation of automobile transport, the management of public transport, constraining the planes noise, the realisation of comfort zones in the neighbourhoods and the green spaces, alongside raising the awareness of citizens regarding the effects of noise on health are among the previewed actions.

In order to vote, write at quietbrussels@environnement.brussels.