The city of Bottrop is transforming into an innovation hub

Thanks to an EU-funded project 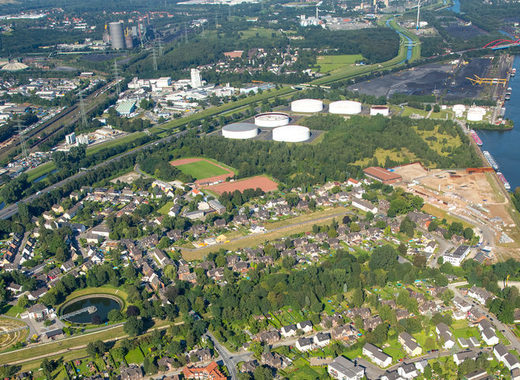 Bottrop is a city in west central Germany, on the Rhine-Herne Canal, in North Rhine-Westphalia. The city had been a coal-mining and rail center and contains factories producing coal-tar derivatives, chemicals, textiles, and machinery. An era comes to its end, with the extraction of the last piece of coal from the Prosper coal mine, active for more than 150 years and one of Germany´s last hard coal mine. Now Bottrop is transforming from a coal and steel city into an innovation hub.

The German city shows how it is using this big change as an opportunity. With the Innovation-City Ruhr: Modellstadt Bottrop Project, funded by the European Regional Development Fund and the State of North Rhine-Westphalia, the city is experimenting on how to best transition to an innovative hub. A new governance structure based on a partnership between business, city, science, and citizens, but also on energy innovation. Thanks to Innovation-City measures, by 2020, the city will achieve about 37% CO2 reductions. The project managers, however, want to reach 50%, and just started a photovoltaic campaign with support from the city. In addition, the sewage treatment plant will be improved: it should also produce electricity and heat through burning sewage gas and sewage sludge and also dry the sewage sludge with solar energy.