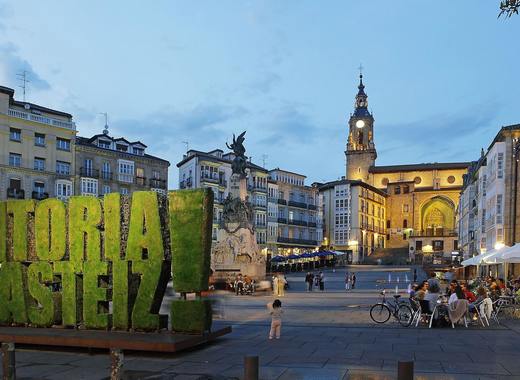 The retrofitting works planned within the SmartEnCity project will start in Lighthouse City Vitoria-Gasteiz. The implementation phase of the project in Coronación neighbourhood from Vitoria Gasteiz has begun in past November 2017, with the license request to enable retrofitting works start on Eulogio Serdán street 4 and 8. This community consists of 24 dwellings equally divided through two entrances.

The details of the project activities had been already agreed between the inhabitants and the architectural firm to get a new envelope for the building with improved thermal and isolation characteristics, as well as an enhanced brand new aesthetic image for this early adopter community. With this purpose, the public tender was launched in December, 2017 and the retrofitting works planned to be started in the next month are estimated to be finished around October 2018. With the beginning of the retrofitting works, the district is finally facing its transformation towards a sustainable and green area and, at the same time, recovering from a degradation situation. This will hopefully lead into a new status that may revert to the quality of life of both - the neighbourhood fromCoronación and the whole city of Vitoria Gasteiz.