The Dutch company Pal-V has launched its first flying car

3D Mobility – flying and driving in one vehicle 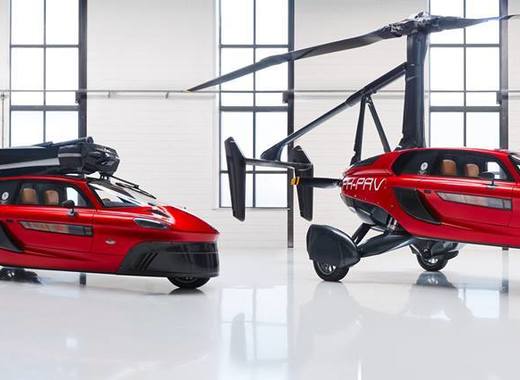 The compact three wheels car is called the Liberty and it is the fruit of 15 years of research and development. That body shell is carbon fibre so it’s very light and the blades provide the lift. They open like a helicopter but they rotate under their own momentum. In flying terms, it is what's known as an auto-gyro, or gyrocopter. Liberty has 2 engines in the back, when one of them is also used for driving on the road.

This car can turn into an airplane in five to ten minutes. It does need a runway to take off and land. The three-wheeler can do 160 kilometers an hour on the road and 180 kilometers an hour in the air. The idea of the founders is to bring the vision of personal aviation for the masses a little closer. But at around since the cheapest version is about three hundred thousands euro, that's hardly a mass-market price.