The European elections are coming! Where are we headed?

Welcome to the second part of our European elections overview! This time we'll try to figure out where a majority might be found in the next European Parliament. 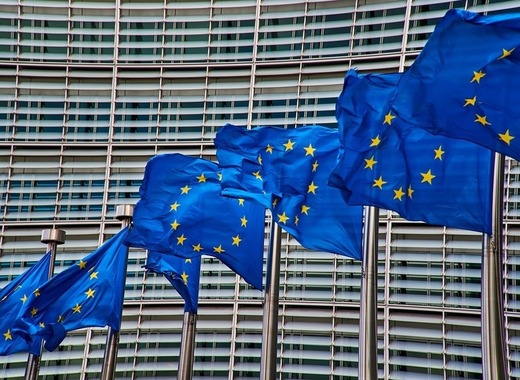 We might have made it sound easy in the last part of our European elections rundown but figuring out what’s about to happen after May 26 might prove to be quite difficult. So first off, let’s do a very quick recap. The poll aggregating services are all foreseeing a serious hammering for traditional centre-right and centre-left parties, contrasted by a huge jump in support for far-right Eurosceptics and pro-EU centrists. The European People’s Party and the social-democrats, Europe’s heavyweights, are set to have their biggest smackdowns in history, leaving a power vacuum, ready to be filled. It’s anyone’s game.

On that exciting note, let’s try to divine some conclusions. One thing is perfectly clear – the traditional power sharing mechanisms created and used by the EPP and the S&D will be shattered. So far, the go-to approach in forming majorities in the European Parliament has been a simple 1+1 equation. The two biggest and strongest parties split the top posts among themselves and bulldoze the opposition – this has been the modus-operandi for all but two of the European Parliaments in the Union’s history. For the moment though, such prospects seem unlikely. Not only won’t they have the numbers for such an endeavour, but they might not have the appetite for it either. The past few years have taught us that GroKos (Grand Coalition, Große Koalition – coalition governments including the two biggest parties in parliament) rarely turn out well for the junior partner – in most cases and most countries, that happens to be the social-democrats. All in all we have A) A brand new situation where both parties combined, won’t control a majority; and B) A brand new situation where both parties probably won’t be interested in trying to form such a majority.

Thanks to that arithmetical and psychological impasse, we are presented with a surprisingly rich palette of possible option to choose from. Well, not really “choose”, but at least consider.

Why on Earth should anything ever change? – an unelected Brussels bureaucrat*, probably

A Grand Coalition between the big parties and the Alliance of Liberals and Democrats. Together they form a large, pro-EU majority, they keep the Eurosceptics at bay and, most importantly, keep up the status quo. But as we mentioned earlier, the S&D, and maybe even ALDE, might not be overly keen on that prospect. The election campaigns of the socialists and the liberals have been extremely critical of Manfred Weber, the Christian-democrats’ Spitzenkandidat (or lead candidate for the post of President of the European Commission), and his blossoming friendship with self-described illiberal, Viktor Orban. But if something were to happen with Weber’s candidacy, if, for example, it was disregarded by the European Council (who ultimately pick the president of the Commission) in favour of a more tolerable candidate, then who knows? Every option is on the table.

Option 2 – Remember to eat your Greens… and your yellows. Oh, and don’t forget about your reds!

A centre-left coalition between the S&D, ALDE, the Greens and far-left. Given French president Emmanuel Macron’s eagerness to swallow up social-democrats in his own country, it shouldn’t be too farfetched to assume that him and the liberals’ leadership would jump on such an opportunity with much gusto. A pro-EU, eco-friendly, staunchly feminist majority might be in the cards if all the parties involved start insisting on their similarities, rather than continuously hammering on their differences.

If it wasn’t already becoming clear, let’s state it plainly – the next European Parliament will be chaotic- and it will be even worse if in the end the United Kingdom is forced to participate in the elections. The redrawing of political lines and the crumbling of established structures is becoming just a normal afternoon in Europe. With leaders of all countries, big and small, wanting large, swooping changes, it will be a shock if all the political groups in the current parliament exist in 2 months’ time.  That would potentially free up some new coalition partners for the EPP. A tried and tested model in some European countries (like Austria and Bulgaria) has been coming to an agreement with the more moderate factions of the far-right and slowly incorporating them into more traditional, mainstream views and policies.

Option 4 – The good, the bad and the ugly

Perhaps the least likely scenario, but one still worth considering, given the curious times we live in, is a complete rearrangement of European politics – moving away from the traditional left-right divide, into something new, something specifically focused on the future of the EU.  What’s interesting about such a scenario is that it has been hinted at by radically different leaders, from the complete opposite ends of the political spectrum – French President Emmanuel Macron and Italian interior minister and leader of (projected) biggest party Matteo Salvini, as well as American far-right populist ideologue Steve Bannon. They all propose their own versions for the future of Europe – be it a “Europe of the nation states” or more of the same, or even a somewhat federalist approach. If such a scenario does come to pass, the lines in the next European Parliament will have to be redrawn to fit a completely new political reality.

So where does that leave us? For the first time in the history of the European Union the European elections have a chance to be truly European. The events and processes that have transpired over the past couple of years (the migrant crisis, Brexit, the chaotic nature of the Trump presidency, the rise of Chinese influence) have all stirred something inside European citizens – maybe a whiff of nostalgia for times gone-by or maybe even a sense for self-preservation. Whatever the case and whatever the outcome, these elections will mark the first time European citizens are interested in what’s going on in Europe and want to actively shape its future.

Join us next time, for the last part of our overview of the 2019 European elections where we take a look at the process for electing the president of the European Commission and who might replace Jean-Claude Juncker.

*As described by the godfather of Brexit, Nigel Farage.