The famous ecological architect, Mr. Vincent Callebaut: the great challenge for Europe is to make a metamorphosis with its historic urban fabric 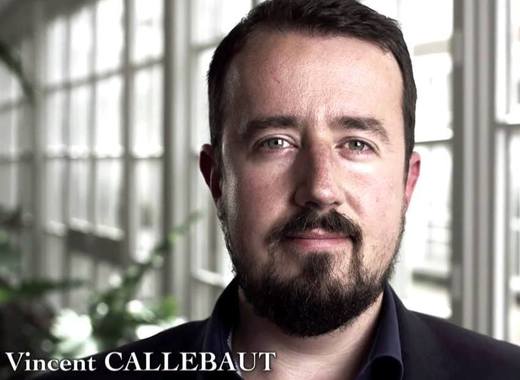 Recently, you have published an article on your research and development project “Paris Smart City 2050”. Can you tell us more about it?

Following the Climate Energy Plan of Paris aimed at reducing 75% the greenhouse gas emission by 2050, the “PARIS SMART CITY 2050” project is a research and development work on the integration of high-rise buildings with plus-energy (BEPOS) producing by solidarity all together energy for the surrounding areas. In order to fight against the urban heat-island phenomenon by increasing in the same time the density of the city in the long-term, this study presents 8 prototypes of mixed towers.

This study on increasing the density of the urban fabric in the form of vertical and friendly settlements has been carried out for Paris City Hall by my agency “Vincent Callebaut Architectures” in cooperation with the green engineering consultants of Setec Bâtiment.

What types of European project do you currently work on?

As our “Paris Smart City 2050” project demonstrates, the great challenge for Europe is to make a metamorphosis with its historic urban fabric. To push towards this direction, since 2015 we have developed numerous projects for the transformation of old buildings or new constructions that integrate harmoniously into historic urban fabric.

In Angé in France, we created the concept of an eatble building for the "Millennials". A building whose balconies accomodate public fruit and vegetable gardens grown by the residents. It is called Arboricole, an inhabited tree that marks the entrance to the historic center of the city in place of the former medieval fortifications. Arboricole produces its own energy through a biomass deposit that recycles the non-eatable parts of the plants, thus producing electricity.

In Brussels, we developed a metamorphosis project on the Tour & Taxis site. At the Gare Maritime, one of Europe's largest stations, we designed a 50,000 m² bio-campus in the shape of a 100% solid wood massive village. This bio-camp is dedicated to creating a crossroads between the big companies' know-how and that of young start-ups and university lecturers to accelerate innovation. Organic architecture is situated in a huge microclimatic garden that allows everyone to interact with nature all year round. Across this station, around a huge lagoon, we designed three large vertical forests capable of taking up to 200 tons of CO annually from the atmosphere of the European capital.

Also in Brussels, we incorporated a panoramic restaurant into the Botanic Center which produces the energy that the modern building needs. The existing façade, consisting of 274 identical modules of architectural concrete, is covered by plant walls which change colors and fragrances according to the four seasons.

Finally, in Rome we converted the former barracks into an energy-independent eco-district. The central building of this master plan is "Citta de la Scienza", a museum whose roof is an organic green continuation of the public space. This is a project inspired by Land'Art, where the built-up area becomes a real hill which provides panoramic views of the heart of Rome.

Your architectural mastrepeices are incredible! Which project are you most proud of?

I have two ongoing projects that make me feel enthusiastic and sure about the future of our cities, because they are headed by clients and municipalities with a visionary outlook and are developed by transdisciplinary multinational teams.

The first one is the Tao Zhu Yin Yuan garden tower in Taipei, the capital of Taiwan, which is going to be completed soon. (Video from the construction: https://youtu.be/NifP7GWRW_I)

It is currently being planted and will be delivered at the end of 2018. I won this project with an area of 50 000 m² in 2010 during a private competition at the invitation of Zaha Hadid, whose incredible courage I have always admired. In other words, I was an outsider! Yet, at the age of 32, a Taiwanese client (BES Engineering Corporation) trusted me for this project, which synthesizes the global concept of Archibiotic, which I presented extensively at the Shanghai World Expo the same year.

Inspired by the double strand of DNA and by Feng Shui, this spiral tower just recently received diamond certification for carbon-sinking architecture.

The tower is covered with more than 23,000 plants, shrubs and trees. This vertical forest is able to swallow up to 135 tons of CO2 annually from the atmosphere.

The second project under construction in Cairo is the The Gate Heliopolis multifunctional complex. This is a direct order from the private investor Abraj Misr for the construction of a dense, green and hyper-connected project of 450,000 m², consisting of 1100 apartments connected in a common building, which are built on logistic offices, shopping and services areas. This project will be delivered between 2022 and 2024. This is a real city island with a 250-meter side, which imitates the functionality of a termonym. Nine funnel-shaped chimney holes pierce the floors for 45 meters height to ensure the bioclimatization of the project. The principle is simple. Through the natural air flow, urban warm air that reaches up to 45 degrees in the summer is sucked up to cool under the substructions in contact with the ground where the temperature inertia holds constantly throughout the year to 18 degrees before it is pushed back at 30 degrees in the apartments. This is a breathtaking project like a giant lung, which reduces 70% the use of mechanical air conditioning. These wind chimneys are inspired by the notorious Malqafs, which have already existed for three thousand years in the temples of Pharaohs.

For the application of this passive technology, a 25,000 m² solar-powered crown produces domestic hot water and electricity for the residents in the building. Its photovoltaic scales rotate from east to west, like a sunflower, to optimize their energy efficiency.

The roof of the mixed programming project is covered with hanging fruit and vegetable gardens. It is an ode of life in a community, teaching us how to live best together.

What are the architectural trends which will dominate the next decade?

The big trend of the next decade seems to me to be "Archibiotic". This is the title of an architectural manifesto I wrote and published in AADCU in 2008, exactly ten years ago. I have come up with this neologism that synthesizes, in my opinion, the three vectors of the modern urbanism: ARCHitecture, BIOtechnologies and Technologies of Information and Communication (TIC). Today it resonates with the challenges of our age.

The oldest forms of life arose 3.8 billion years ago. In the field of sustainable development, human societies have an apparent delay in comparison to nature. If only 1% of the species have survived by constant adaptation without mortgaging the future and without consuming a drop of oil, their existence deserves respect and reminds us of the laws of their prosperity:

Nature functions mainly on solar energy. It uses only the amount of energy it needs. It adapts the shape to the function. It recycles everything. It relies on biodiversity. It limits the internal surplus. It translates limitations into opportunities. It cherishes local expertise.

How do you envision the future of the European cities – more intelligent, greener, friendlier?

I was born in 1977 in La Louvière, one of the poorest regions in Northern Europe, which was struck in full force by the industrial crisis. At the time, we were just 4.5 billion people on Earth. I am a part of this generation, saturated with insecticides, smothered by urban smog and absorbing plastic waste, infecting our own food chain. In 2050, I will be 73 years old and the world's population will be more than doubled for the time of my simple humsn life, accounting for 9 billion people before reaching the predicted peak of 12 billion in 2100. By the way, all statistics and scientific publications today come close to 70% of the world's population living in cities as a result of the mass depopulation of villages which today's emerging economies are facing. Cities, subject to mass overpopulation that already emit 80% of the greenhouse gas emissions and focusing on ever-increasing social inequalities.

Would the world crash amidst the denial of the climate change sceptics and the alarming cry of the advocates of the collapse? Would we have to tackle world’s demography or would we be able to build a sustainable civilization and cities preaching the one and only symbiosis of People and their environment?

I am striving, driven by a passion for life, by a desire for action, with optimism, so that the second option would become a reality. I am striving for fertile cities to reshape the capitalism of the 20th century, based on the accumulation of material goods, in the solidarity of the 21st century, based on the multiplication of human connections. More connections, less good, this is my belief reagrding the development of cities capable of introducing the transformation of the urban energy consumer into a consume-actor, eco-responsible citizen.

We have been through the ages of coal, steel, oil, and green chemistry. 21st century will either be biological or it will simply not be. Let's leave aside the apocalyptic dystopias, inherent to our era, full of troubles.

Urban ecology is everything but a hobby for the bourgeois bohemians. It is a necessity to plan a counter action to the imperative climate issues. To speed ​​up the transition! At the crossroads of public innovation and technological innovation, the four pillars of this planetary sustainability are, in my oppinion, the keys to the transition and make it possible to build livable cities that are one with nature:

These four pillars are the base of any mature ecosystem, like the Amazon forest, for example, which is a non-polluting biotope, using photosynthesis as the main source of energy, transforming each waste into a resource and systematically encourging inter-species cooperation. If we apply these virtuous principles to our modern urbanization, our cities will become sustainable ecosystems (able to withstand economic, climatic and ecological crises). Our neighborhoods will become bioclimated forests, and our buildings - living trees producing their own energy (electricity, heat and food) and recycling their own waste in a short circle.

The linear economy of the 20th century, which produces, consumes and discards, is based on ecological and financial debt. This is an outdated economy based on the growth of the population and the limited natural resources. It preaches the ever-growing more, the competition, the wasting, the surplus everywhere and all the time.

To replace this linear economy once and for all with a circular economy, inspired by the Amazon forest, based on renewable energies and natural resources. This new circular economy will allow for everything produced and consumed to be recycled and recyclable in amiable cycles. It is no longer aiming for continuous growth, but on the contrary, to re-establish itself by observing the technological and biological cycles. The circular economy thus destroys the debt problem at the source and will create a civilization with more solidarity.

For all these reasons, I praise the construction and metamorphosis of fertile, dense and connected cities in Europe, urban ecosystems directly inspired by the Amazon forest.