The project is set to be completed in 2023 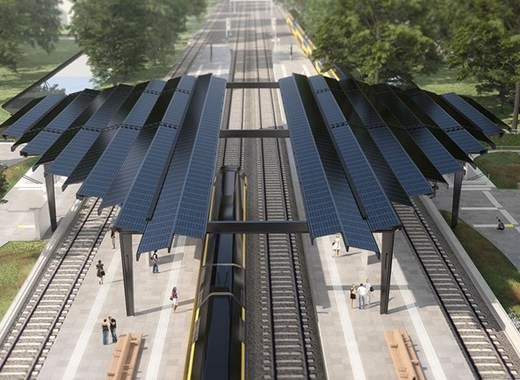 The Dutch railway company ProRail will transform Delft Zuid train station into Netherlands' first fully solar powered train station. The project is set to be completed in 2023. The cost of the roof will amount to 2.4 million Euros, of which 1.8 million Euros will be given by the Municipality of Delft and the rest is being settled by the national government.

At the moment Delft Zuid consumes about two hundred Megawatt hours per year, as much as the energy consumption of seventy households. But lowering the energy consumption is not the only positive change that will be done. With the renovation and roofing of the station, Delft Zuid will grow from two lanes to four and also become accessible for people with disabilities due to the tunnel and the bike path that will be constructed.

This sort of positive change is a perfect example of long-term thinking and sustainable energy consumption and will stand as an example for other stations looking to harness clean energy.