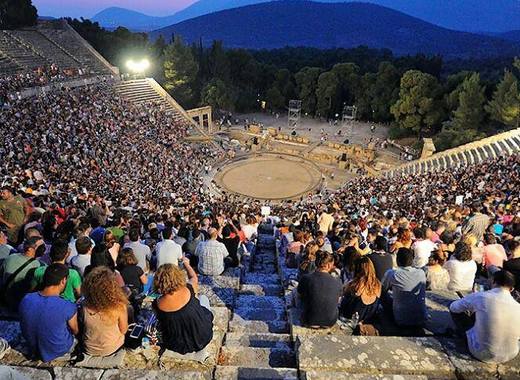 The first ever film screening at the Ancient Theatre of Epidaurus will take place on June 30 with the 1962 cinema version of the Greek tragedy “Electra” by renowned director Michael Cacoyannis. “Electra” won the Best Cinematic Transposition award at the 1962 Cannes Film Festival where it won the award for Best Cinematic Transposition. The film was also nominated for an Academy Award for Best Foreign Language Film. At the Thessaloniki Film Festival, it won the awards for best film, best director (Michael Cacoyannis) and best actress (Irene Papas).

Every year, the Ancient Theatre of Epidaurus co-hosts the Athens Epidaurus Festival, with artistic performances – mostly Greek tragedies and opera – taking place at the 24-century-old theater, considered to be a perfect ancient theater in acoustics and aesthetic value. The screening will be in collaboration with the 8th Athens Open Air Film Festival and the special screening will start at 21:30.