The City Council of Madrid presented a document, which aims to consult and guide police officers in the capital on how to manage religion-based conflicts 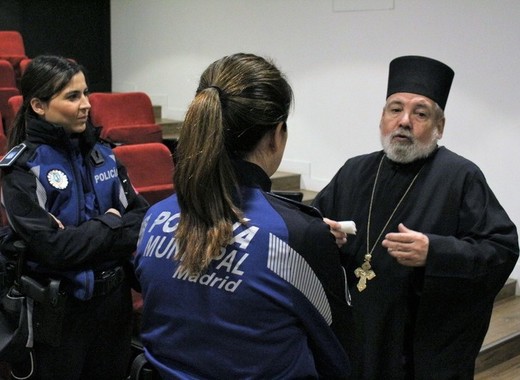 The City of Madrid is characterized by social diversity, exemplified by heterogeneous groups of different religious, social and cultural background. All of them enjoy the same rights and duties in the capital city. Currently, the Observatory of Religious Pluralism in Spain states that there are 7,131 places of assembly destined for the worship of religious confessions other than Catholic. The city of Madrid, in particular, houses 504 of these places of worship. Accordingly, the confessions with the highest number of places of worship in the municipality of Madrid, except Catholic, are the Evangelical with 366 churches, followed by the Muslim confession with 40, the Jehovah's Christian witnesses with 20 and the Buddhist and Orthodox confessions with 18 and 15 places of worship respectively.

However, the celebration of liturgies and loud manifestations of the different confessions can occasionally be linked with conflicts, originating from the rights of expression and the right of use of public spaces entering in conflict: in other words, problems of coexistence. It is thus for the Municipal Police to manage them, therefore they have to be better informed about the reality of the religious diversity of Madrid.

For this reason, the 'Manual of police management of religious diversity' has been drafted, as a consultation document for commanders and police of the Municipal Police of Madrid and needs to be approved.

The document consists of a conceptual framework on the religious diversity existing in Madrid and also reflects on the regulations which shall be enforced by public authorities. The text also includes various indications on how police officers should behave in concrete situations in which their services are needed, such as in places of worship, the use of roads and public spaces or school cafeterias.

The Manual has been prepared by the Diversity Management Unit of the Municipal Police of Madrid with the collaboration of the Spanish Episcopal Conference, the Archbishopric of Madrid, the Federation of Evangelical Religious Entities of Spain, the Jewish Communities Federation of Spain, the Spanish Islamic Commission, Church of Jesus Christ of Latter-day Saints, Jehovah's Christian Witnesses, Federation of Buddhist Communities of Spain, Orthodox, Baha'i Community, Hindu, Church Scientology and Sikhs within the framework of a collaboration agreement of the Area of ​​Health, Safety and Emergencies of the Madrid City Council and the Pluralism and Coexistence Foundation, under the Ministry of Justice.