It will begin operating in Hämeenlinna, Vantaa and Helsinki later in 2019

The first autonomous driving bus for all weather conditions – Gacha, has been launched in Helsinki and will begin public-facing operations this April. Gacha’s debut test-drive took place in front of the new Oodi Helsinki Central Library. After the preview, it will begin operating for the general public in Espoo in April, rolling out to Hämeenlinna, Vantaa and Helsinki later in 2019. The self-driving shuttle fleets will operate as part of the cities’ existing transportation systems in 2021, with a long-term objective of establishing partnerships with other pioneering cities around the world. 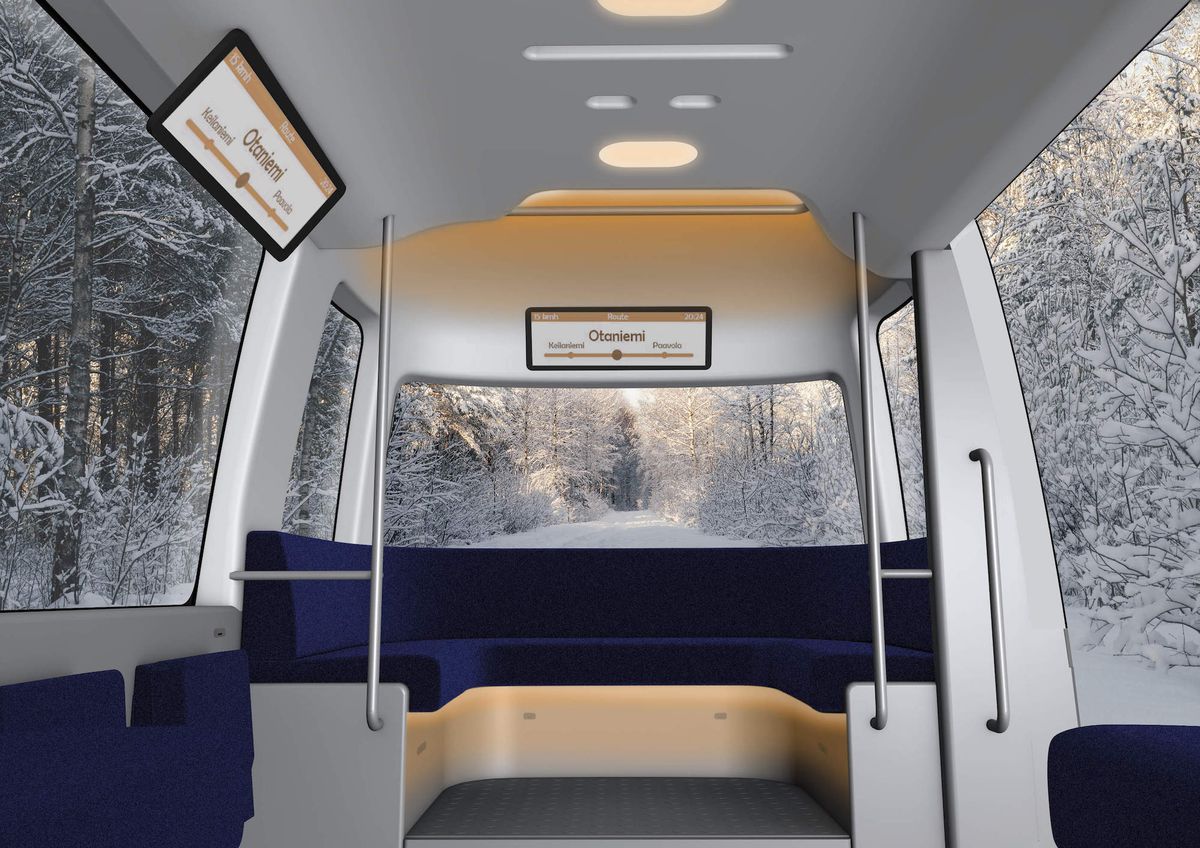 The vehicle design differentiates Gacha from similar projects, in particular the lack of a front or rear. The interior seating follows the soft rounded square shape of the bus, creating more space for passengers while the LED light belt serves as both headlights and an external communication screen. Inspiration for the design came from a toy capsule, a universal shape that embodies joy and excitement.