The Guggenheim Museum Bilbao - a case study in urbanism 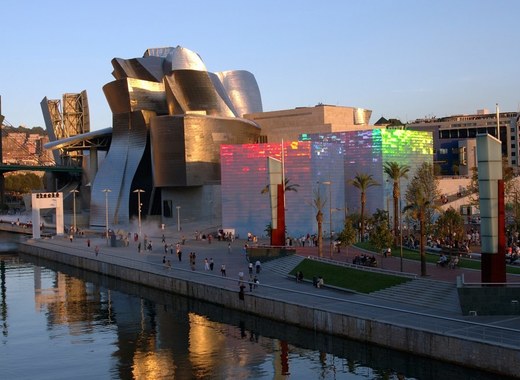 The Guggenhim Musem Bilbao is a museum of modern and contemporary art. The museum was inaugurated on 18 October 1997 by King Juan Carlos I of Spain. Built alongside the Nervion River, it is one of several museums belonging to the Solomon R. Guggenhim Foundation and features permanent and visiting exhibits of works by Spanish and international artists. It is one of the largest museums in Spain.

One of the most admired works of contemporary architecture, the building has been hailed as a "signal moment in the architectural culture", because it represents "one of those rare moments when critics, academics, and the general public were all completely united about something."