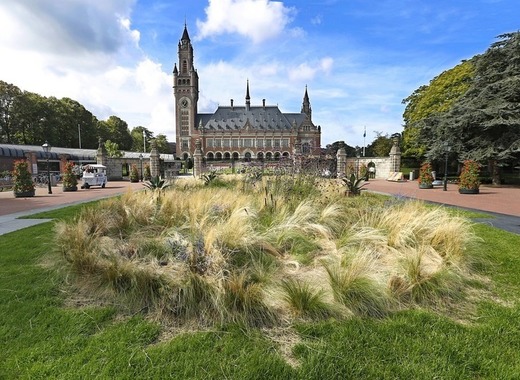 The Hague is set to erect a national monument to commemorate the victims of the Srebrenica genocide, reports DutchNews.nl. The long-awaited decision was accepted whole-heartedly by the activists who worked on the matter and by the Hague-based relatives of over 8,000 Bosnian Muslims who were murdered by radicalised Bosnian Serbs in 1995, during the civil war in Bosnia and Herzegovina.

Hague – a place of remembrance and justice

‘It is important that The Hague as a city of peace and justice is a place of remembrance for the tragedy that unfolded in 1995”, the Hague’s mayor Jan van Zanen was quoted saying. It is yet unsure where exactly the monument will be located, as the decision is still to be taken by the municipal council of the third-largest Dutch city.

Representatives of the Srebrenica Genocide committee who have been lobbying for the erection of such a monument, opted for a place in front of the International Criminal Court or at the site of the Tribunal for Yugoslavia (the court that dealt with the atrocities of the war took place in The Hague). It was the International Court of Justice that defined the massacre as an act of genocide in 2007, hence the location of the monument there would make sense.

However, the fact that the tragedy saw its epilogue in the Hague as well as the presence of a large Bosnian community there are not the only reasons for the monument to be approved in the first place. The Dutch troops (Dutchbar, or Dutch battalion) guarding a UN safe area in Srebrenica at the time were accused of failing to prevent the deaths by not letting 350 men hide in the UN compound, and also of failing to prevent the capture of the town.

The international community, represented by the United Nations, is believed to have failed in its mission to protect the war-torn zone, too. In 2002 the entire Dutch government resigned following the publication of a report blaming it and senior military officials for their missteps. However, last year the Supreme Court of the Netherlands affirmed that the state was only partially (up to 10%) liable for the deaths.