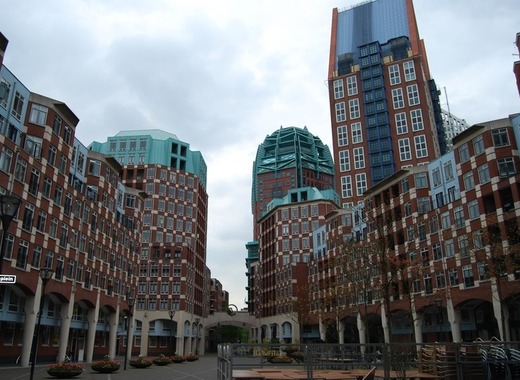 A number of European cities have limited access to polluting vehicles in their city centres as a means to protect the quality of air. As we wrote earlier, Barcelona has introduced a low emissions zone, London has even an ultra-low emissions zone, while Bratislava is considering the restriction of older cars in several areas.

As good as this may sound, these measures are also quite radical towards the owners of old vehicles whose cars are gradually being made redundant. And as we all know, buying a new eco-friendly automobile can be quite difficult for those who lack financial means. Is there a solution able to mitigate the negative effects of car restrictions? The Hague thinks so: the Dutch city will be making € 300,000 available for the demolition of diesel cars and mopeds.

The money will be given in the form of a credit paying for more sustainable means of transport, such as a bicycle (including an electric bike), an electric moped or scooter, or a public transportation pass. It will even be possible to spend the amount on hiring a shared car or a bicycle.

Now the demolition bonus has been extended until 31 December 2020 and the conditions for participation have been expanded. It works as follows: owners who have their old diesel car (passenger or delivery vehicle) dismantled will get a credit of € 1,000. Demolishing a motorbike or scooter results in a credit of € 400.  A new measure has been added for residents of The Hague with a low income as well: holders of the Ooievaarspas will now get a credit of € 750.

Reducing the number of diesel vehicles for cleaner air

The municipal authorities calculate that there are approximately 24,000 diesel vehicles and 37,000 motorbikes and scooters driving around the city. Reducing their number is expected to considerably reduce air pollution. This measure comes on top of the scheduled introduction of the environmental zone for diesel cars and mopeds in the Hague in 2021. As of next year, diesel cars older than 15 years will no longer be allowed in some parts of the city. Furthermore, 2-stroke mopeds and light mopeds from before 1 January 2011 may no longer be allowed in the city from the start of December 2020.