Costs 4,5 million and It is co-funded by the EU 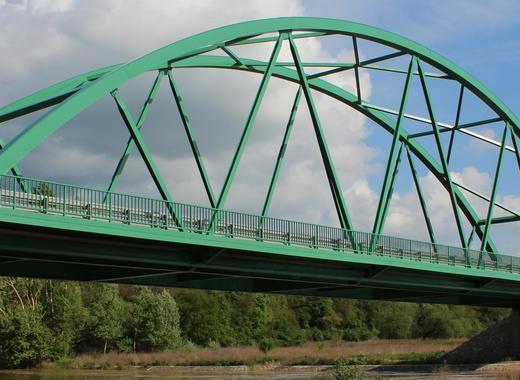 Co-funded by the EU, the new Hernád Bridge is part of the largest ever joint development programme between Hungary and Slovakia. The Hernád Bridge once again creates a direct link between Abaújvár in Hungary and Kechnec in Slovakia after decades, reducing the distance between the two villages from 22 km to 4.5 km. The wooden bridge that originally linked the two villages was detonated during World War II. After World War II, the bridge was rebuilt but was subsequently dismantled under a border arbitration agreement between the two countries.

The bridge, which crosses the Hernád River, is 61 metres in length and cost EUR 4.5 million, 85% of which was financed by the European Union. The development brings closer 18 directly benefiting municipalities in the two countries, as well as the extended region, and will allow residents to commute daily to the industrial park in Kechnec.