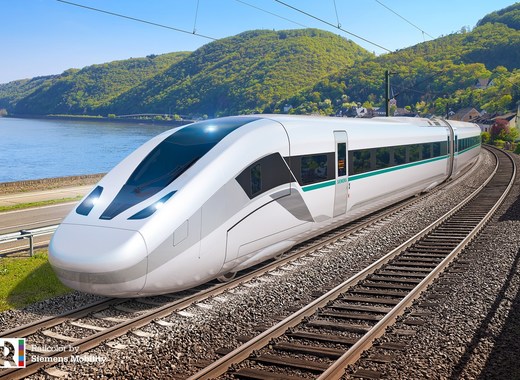 Siemens has unveiled the 250-300km/h high-speed train, which has been undergoing tests since April 2018 and claims to set new standards for efficiency and sustainability. Velaro Novo uses 30% less energy than previous Velaro models, which translates to average savings of 1,375 tons of CO2 a year. The train’s weight is reduced by 15% because of its lightweight construction while available space for passengers was increased by 10%.

The company has previously developed four generations of the Velaro. The trains have been in service since 2000 and are currently operating in Germany, the Netherlands, Belgium, Switzerland, Spain, France, China, Russia, the United Kingdom and Turkey. The Novo test car has been already integrated into the ICE S operated by DB Systemtechnik and is currently undergoing test runs throughout Germany. Siemens can place the first trains in service as of 2023.