The island of Susak with new seafront 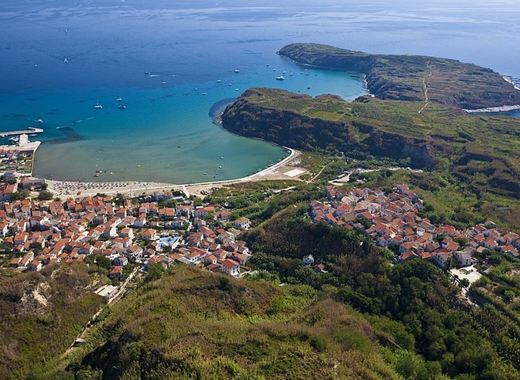 Susac is a small rocky island in the Adriatic Sea in Croatia. The coast consists of slopes and cliffs over 100m tall, but the opposite side features a natural harbour. A 19th-century lighthouse is built on top of the island. The island is also known for its little lake, which is connected to the sea through a siphon 15m deep.

This week, the new seafront on the island was officially opened. The President of the Republic of Croatia Kolinda Grabar-Kitarović took part in the official ceremony. She underlined that the island has an excellent climate and beautiful landscape, and that progress is visible, although there are still a number of issues that are causing the depopulation of the island, reported the Office of the President. Minister of Maritime Affairs, Transport and Infrastructure Oleg Butković, Primorje-Gorski Kotar County Prefect Zlatko Komadina, Mayor of Mali Lošinj Ana Kučić, Director of the County Port Authority in Mali Lošinj Filip Balija and other guests also attended the opening ceremony.

The new seafront on Susak is a very important investment, it will attract more tourists to the wonderful island. There is need to stimulate the island’s revival through fiscal policies as creation of transport links with the mainland. It is important to ensure also high-quality education of young people on the islands and to create working conditions for residents equal to those on the mainland.