The largest bus terminal in Cyprus to be built in Paphos 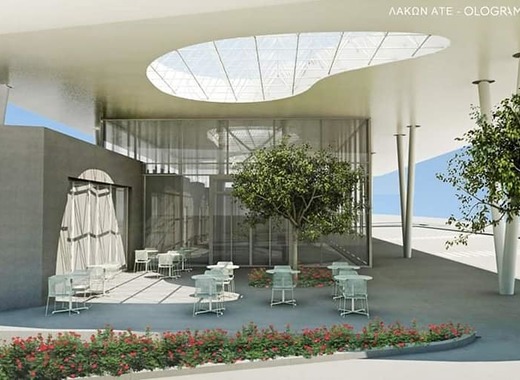 The Municipality of Paphos has announced that work on one of the city’s most important urban development projects began earlier last week - namely on Cyprus’ largest bus terminal. The initiative, spearheaded by local authorities, makes up a part of their overall approach to the transformation of the very fabric of traffic in the city.

Major investments during a downturn

The project for the bus terminal itself has a budget of around 3 million euros and represents a key opportunity for the municipality to get back on its feet following the coronavirus pandemic. The large investment that’s going into the construction of the terminal will lead to the substantial revitalization of the local economy of Paphos and upon completion, it will allow for businesses and life to return back to the city centre.

The terminal will also significantly contribute to the rebooting of the tourism sector and its related enterprises, as more and more people will be able to travel to Paphos in order to experience the city’s hospitality.

The venue of the terminal itself is located in the municipal parking lot of Karavella. Upon completion, a large main building will be erected at the locations, alongside a bus stand and taxi parking spaces, as well as modern boarding stops and appropriate sanitation.

As part of the same project, two additional bus transit spaces will also be created – one on the Tombs Avenue of the Kings and another one at the harbour at Kato Paphos. It will also further enhance public transportation in the entirety of the city, through the installation of over 190 smart bus stops around the urban area, alongside some 30 new public toilets.

The project will not only contribute to reducing the economic impact of the coronavirus pandemic but will also greatly influence sustainable transport alternatives within Paphos, thereby contributing to the local administration's efforts in reducing the amount of car traffic, in favour of commuting by bus.