The leaning tower of Pisa leaning less and less

Still it will not become completely straight 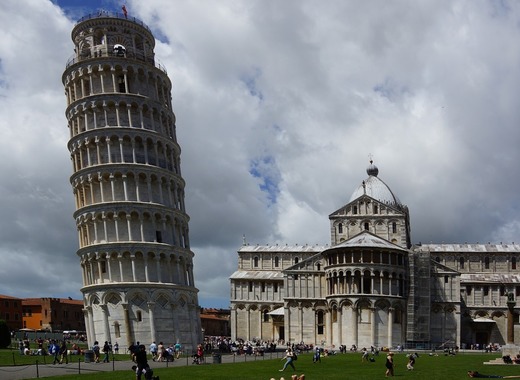 The Leaning Tower of Pisa is one of the most recognisable Italian landmarks and is the centerpiece of the town. It is actually what attracts tourist most and it is probably one of the most photographed towers in the world. It is a UNESCO Heritage site, famous for its inclination. The tower started sinking almost at the very beginning of its construction and in order to compensate the sinking, it had to be built diagonally from the fourth floor up.

The tower's Surveillance Group announced recently, that, based on 17 years of observation,"the Tower of Pisa is stable and very slowly reducing its lean." It had straightened by four centimeters. However, since it was initially built with inclicantion, the tower is not supposed to become straight. Should it do so, Italy will definitely be deprived of one of its most visited destinations.