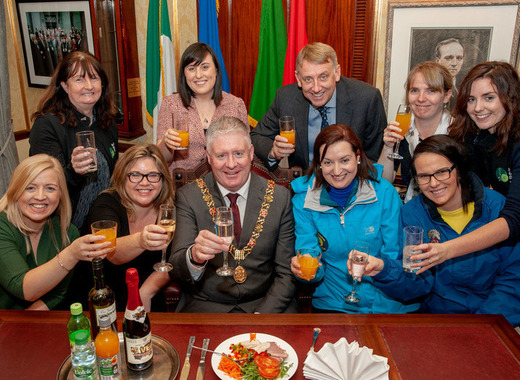 Get yourselves ready for a very special event this spring: Lord Mayor of Cork, Cllr. Mick Finn has launched the 2019 Lord Mayor’s Spring Ball in Cork City Hall. Charity balls whether during the winter or spring are a “specialty” of Irish local authorities and they aim to collect valuable funds for those in need, while guaranteeing a 100% fun experience for the participants.

The upcoming black-tie ball will be held in the Concert Hall on 23 March and will feature performances from Cork’s local talents, including local crooner The Loungeman, RedFM DJ Colm O’Sullivan, among others.

Speaking at the inauguration on 17 January, Lord Mayor of Cork, Cllr. Mick Finn has underlined the success of the Christmas concert, when over €25k were raised at the coffee morning. The Spring ball hence is a part of the social calendar of the Council. All proceeds above costs of the meals will be distributed to charities and those who attend on the night will enjoy the very best of Cork food, drinks and entertainment.

Entry tickets can be purchased in pairs or on a table basis. The collected funds from the Lord Mayor’s Charity Ball will be donated to Cork City Hospitals Children’s Club, Irish Guide Dogs for the blind, The Rainbow Club Cork Centre for Autism, Cope Foundation, Marymount Hospice and St Vincent De Paul (SVP). Tickets for the event are priced at €100 or a table of 10 for €1,000 and can be bought from Council Services.