The park, with its beautiful rose garden, is the romantic setting for the largest wine festival in Mainz 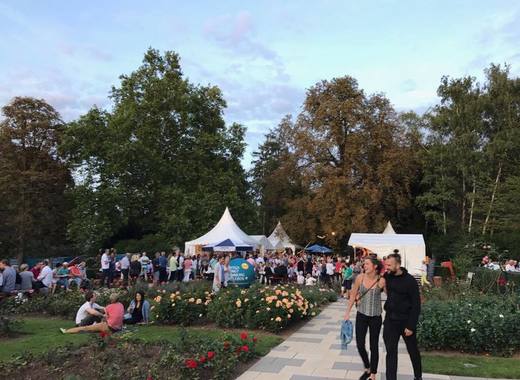 Once a year, during the last week of August and the first weekend in September, anyone and everyone who produces, sells or just enjoys wine in the region takes part in a get-together in Mainz’s Stadtpark (city park). The park, with its beautiful rose garden, is the romantic setting for the largest wine festival in Mainz.

The history of this festival goes far as 1902, when at the meeting of the town the topic of discussion was the question of the tourism in Mainz. Exactly 30 years later, in 1932, Mainz Wine Market was founded in the Town Hall by Robert Schmidt. Now-a-days, the entire park is filled with stalls serving local delicacies and wines. Of course also sausage stalls and other goodies to satisfy your hunger. Even a music scene, that embellish life, with great bands playing indie pop music.