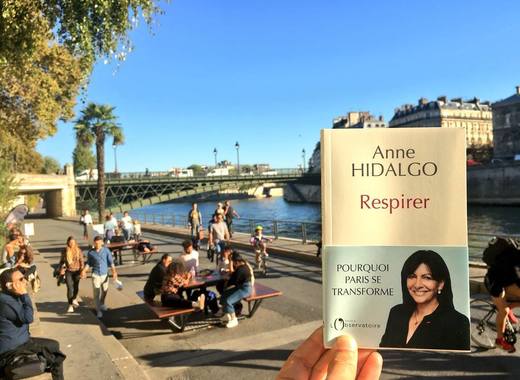 Anne Hidalgo, mayor of Paris, has published a plea to the environment in a book in response to the many attacks to which it is the target, pledging its support to win. The book Breathe deals with the climate, the first of the great challenges of the City of Paris, Hidalgo says in the book. In 80 pages, sold to paperback at 8 euros, she explained the strategy put in place.

Ana Maria Anne Hiadalgo is Mayor of Paris since 2014. She is the first woman to hold the office. A major part of her development program is the improvement of the environment. In 2016, she introduced the Paris Breathes initiative, which includes a ban on entering certain parts of the city on any motor vehicle every first Sunday of the month. On that day, all electric buses, other electric vehicles, and the bike rental system are free. The infrastructure development plan also includes a 24-hour subway service, a ban on parking in certain areas and days, and the creation of new green areas.