The Mining Park of Riotinto: an experimental field of NASA and the European Space Agency

Explore the history of mining, have a journey on authentic commercial train in environment similar to the one of Mars 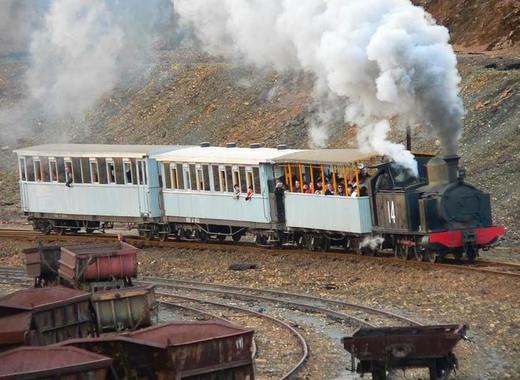 The province of Huelva in Spain has long been famous for its mining traditions, for which it has already been shortlisted as a European Destination of Excellence, a label recognising the sustainable tourism offer of European tourism sites. Exemplified by a museum, park and a mine, the tourist potential of the site has a lot to offer to its visitors well within reach.

The Museum of the mining park of Riotindo uncovers the ways mining has changed and developed the region. Tourists are invited to undertake various activities, including trying out a 12-kilometre long train line in a refurbished commercial train, as well as to visit a Victorian house and to discover how mine workers and their families lived throughout the long history of the industry.

The Museum depicts more than 5 millennial of mining history, thought its building was only completed in 1925 as a hospital for the mine workers. As for the commercial line, it was placed as means to facilitate trade, since previously goods were transported on donkeys, mules and wagons. The change has thereby been significant of the entry of Riotinto into the industrial age in July 1875 when the line was inaugurated.

But what is particularly interesting about the area is that the mining basin of the river Tinto is very similar to the environment on Mars. This has led to its selection by NASA and the European Space Agency as a field to conduct experiments. The red rocks almost deprived of vegetation propose a variety of life species, though.