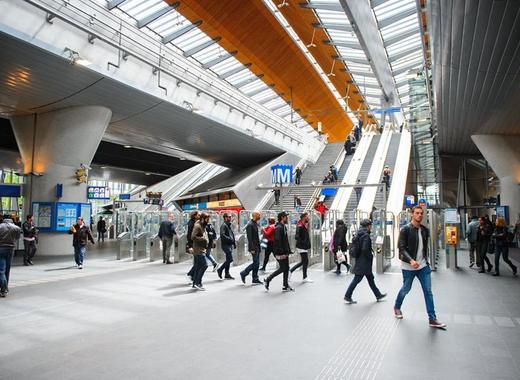 One of the most technically complex metro lines officially began to run in Amsterdam, 28 years after construction began. Regarded as one of the most challenging infrastructure projects in Dutch history, the North/South Metro Line has been plagued by budget overruns, delays, difficulties in the political decision-making process and problems during construction.

The world’s largest monitoring program was developed especially for Amsterdam, and provided information about subsidence that could be immediately used to optimise the boring processes. The 9.1 kilometre-line is mostly underground, and has eight stations and runs directly below the IJ river, Amsterdam Central Station, and the city centre. The line connects North and South Amsterdam and is expected to move 121 000 passengers a day. Amsterdam’s new metro line will halve the travel from the north to the south of the city.