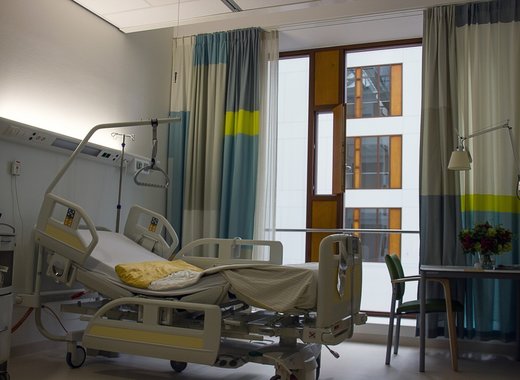 The new wing of Larnaca General Hospital is expected to be completed by the end of January next year, informed the Cypriot Transport Minister Vassiliki Anastasiadou, during a visit to the site with work already having been delayed three years.

The minister Anastasiadou stated that: “I have seen significant progress and, according to the department of public works, 90% of the project has been implemented. The contractor has set a new schedule and suggests the end of January 2020 as a deadline. We will study the pros and cons, the matter will go to the committee on changes. We will weigh things up and see. If it is in our interest to grant this last extension, then it will do so, without exempting the contractor from his obligations and the daily penalties he pays for the delays observed in the project”.

Three-year delay of the project works

Construction work on the 27-million-euro project began in the second half of 2013 but quickly ran into unscheduled delays - something for which the contractors were fined a hefty sum of around 5,000 euros per day of missed work.

There were significant delays as far back as 2014, when the Cypriot government had disagreements with the contractor. In November 2014 then Communication Minister Marios Demetriades said the project would not be finished for another two years due to the delays. Back then it was expected for the project to be completed by spring 2017, but in September 2016 the new completion date was pushed back to the end of 2017.

In January 2019, Cypriot Health Minister Constantinos Ioannou announced the wing would be completed in May or early June and it would take another few weeks or months to equip it. Then the date was pushed to November, and now the new final date is January 2020.