The new concert hall in Ostrava with world-class architecture design

For decades, Ostrava has dreamt of a concert hall with perfect acoustics 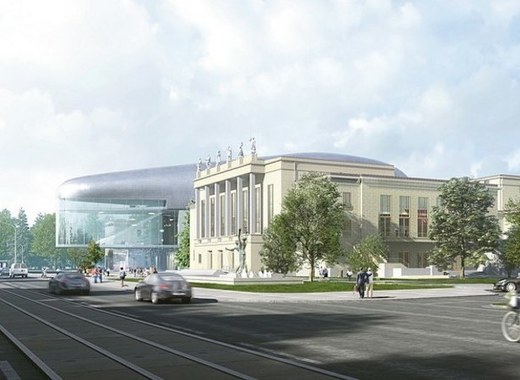 The City of Ostrava announced one of the most important architectural competitions in its history last August. The winner of the international architectural and urbanistic competition for concert hall in the Czech city was selected recently by jury made up of renowned experts. It is called Steven Holl Architects plus Architecture Acts studio, based in New York.

The latter has a number of top world-class projects. The winning concept offers not only an original architectural vision but also a very interesting, albeit demanding, design featuring environmental friendliness and long-term sustainability leading to low operation costs, shares Mayor Tomáš Macura.

It is believed that the construction of a new concert hall will strengthen Ostrava’s position as a cultural centre which is also a magnet for the development of tourism. The last full- fledged concert hall (Rudolfinum in Prague) was built at the end of the 19thcentury.

A special-purpose fund was set up for the financing of the preparation and implementation of this cost‑intensive project. 250 million CZK was transferred to it from the city budget and this sum is expected to increase. On the basis of a Memorandum of Cooperation signed in 2018 the Czech government took upon itself to support the project by 600 million CZK and the Moravian-Silesian Region will contribute 300 million CZK.

The construction is expected to begin in 2022 and the new concert hall and refurbished Ostrava Cultural Centre building opening ceremony is expected to take place in 2024.

For decades Ostrava has dreamt of a concert hall with perfect acoustics, sufficient space for the audience and facilities for Janáček Philharmonic Orchestra. The Ostrava Cultural Centre building constructed between 1956 and 1961 in the spirit of modern classicism has not been adequately serving this purpose and has been facing a lack of proper use and involvement in the city’s cultural life for many years.