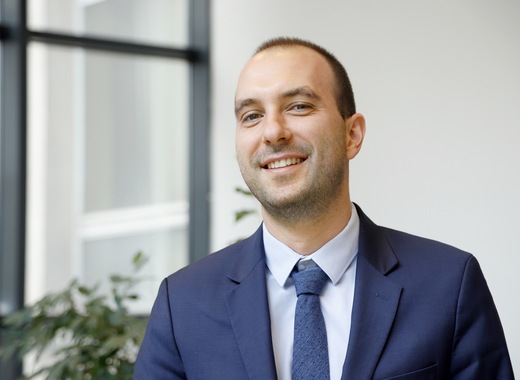 Yasen Gyurov is the Chair of the Education Committee under the Bulgarian Presidency of the Council of the EU. He has over 4 years of professional experience in European Union policy-making. Before joining the team of the Ministry of Education and Science and the Bulgarian Presidency, he held positions at the European Parliament and the European Commission. He holds a Master’s degree in European studies from the Centre for European Integration Studies at the University of Bonn, Germany.

Mr. Gyurov, what are the priorities and the issues on the agenda of the education sector during the Bulgarian Presidency of the Council of the EU?

The Bulgarian Presidency has four overall priorities. In two of them, the education sector is leading, namely: “The Future of Europe and the Young People" and "The Digital Economy and the Skills of the Future". One of the important goals we are working towards as a Presidency is to maintain the level of European investment in education and training. These are funds supplementary to national funding, such as cohesion funds. It is a key moment for defending this priority, since the European Commission's proposal for the new Multiannual Financial Framework (MFF) will be announced very soon.

Together with the MFF, the new Erasmus+ programme will be published. The Programme’s future after 2020 is the main priority of the Bulgarian Presidency in Education.  Erasmus+ is one of the most successful and recognisable European programmes. Over 9 million young people have benefited from it in the last 30 years in order to study, teach or practice in another country. For the 2014-2020 period, the programme has a budget of around EUR 15 billion, which is 1.3% of the total budget of MFF. Up until now, the programme has covered 4% of the young people in Europe, and in order for this result to be doubled, a budget of around EUR 90 billion is needed.

At the first Education Council under the Bulgarian Presidency on February 15, 2018 EU education ministers showed support for a serious increase of the budget. For us it is of extreme importance that the number of participants in the programme is increased.

What is the role of the Council of the EU’s Education Committee and who is involved in it?

The Education Committee of the EU Council is the body that prepares the meetings of the EU Ministers of Education. It is chaired by the Member State that holds the rotating EU presidency. It brings together representatives from all 28 EU Member States. They are most often diplomats from the Permanent Representations in Brussels, as well as national experts. Under our Presidency, the Committee has 11 meetings in total, including an external meeting, which will take place in June in Varna.

The meetings we held during the preparation of the Education Council in February were focused on preparing the documents for the political debates. Besides the debate on the future of Erasmus+, the ministers also discussed what measures should be taken in response to the European Council conclusions of 14 December 2017. European leaders declared their dedication to having stronger European cooperation in education. They also recognised education’s central role for the EU's competitiveness.

The new initiatives at European level aim at realising the vision towards a "European Educational Area". Some of them focus on the development of digital skills and digital education, the creation of European Universities, enhanced language learning, promotion of cooperation between Member States in the field of mutual recognition of diplomas and certificates.

What are the plans for improving the digital skills of European citizens?

The Digital Single Market is one of the key priorities on the European agenda. Its completion could bring EUR 415 billion a year to the European economy and lead to the creation of hundreds of thousands of new jobs.

In order to have a working Digital Single Market in Europe, it is crucial that citizens have at least basic digital skills. Although 90% of jobs already require basic digital literacy, 44% of Europeans do not have the basic skills to work with digital technologies.

In the Education Committee, we are already working on the Commission's Digital Education Action Plan. We, as Presidency, believe that training in coding, media literacy and cybersecurity skills must be promoted at all stages of education.

What are the plans regarding the creation of European Universities?

The creation of European Universities, consisting of "bottom-up" networks of universities across the EU, is one of the key topics on the education sector agenda at the moment. Their task will be to enable students to gain a degree by combining trainings in different EU countries. The pilot version of the initiative is expected to be launched in 2019.

How should modern education in the EU look like?

Secondly, it is very important for us to pay considerable attention to teachers and teacher training. It is essential that they are motivated and that their skills and knowledge are periodically upgraded.

Thirdly, the inclusive nature of education needs to be strengthened. It is imperative to include all students in quality education from an early age.