The new mayor of Valletta was sworn in 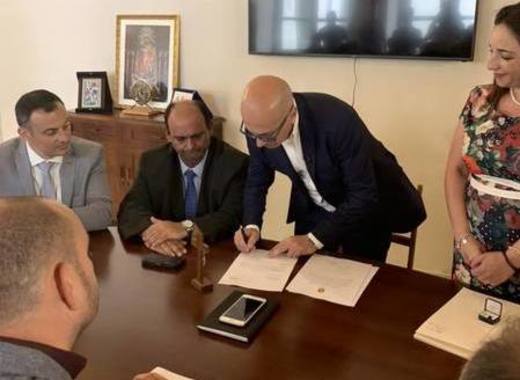 As of Thursday, 4th July, Valletta officially has a new mayor. As we informed in an earlier publication, the leader of the list of the Labour Party was elected as mayor following the local elections that took place last May in conjunction with the elections for the European Parliament. Although he did not win the highest number of votes, Alfred Zammit took on the post as his party won the majority of the local council seats, thereby becoming the first labour mayor of the Maltese capital since the institution was established.

The outgoing mayor – Christian Micallef from the Nationalist party, who won the highest number of votes remains a councillor. He was among the first to congratulate Zammit on taking over the post.

The official ceremony confirming the new mayor of Valetta took place during the first official meeting of the newly-established legislature. During the meeting, the new vice-mayor Raymond Azzopardi was also sworn in.

Zammit is also well-known for a television show on ONE TV. Furthermore, he is a four-time winner of a People's Choice award for Best TV Personality in the Malta Television Awards. He has been a part of local politics since November 1993, when he first became a member of the Local Council. He was then re-elected another three times.