The newest art museum in Berlin is now open

Palais Populaire will display many contemporary works of art 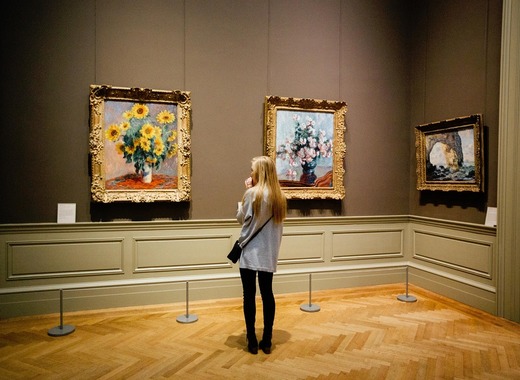 The newest art museum in Berlin is now open and it will display many contemporary works of art. The museum is called Palais Populaire (drawing people in) and is located in a magnificent baroque building, facing the Bebelplatz. The museum's opening is part of a project to revive the Mitte neighborhood in Berlin and spark its cultural revival too. A little bit down the same street the Humboldt Forum museum will be opened next year.

The spectacular baroque palace was built in the 18th century and was the home of the daughters of Frederick William II of Prussia. It was largely destroyed during the Second World War but was rebuilt in the 1960s by architect Richard Paulick who turned the place into a luxurious cafe, attracting many celebrities. The place was closed in 2012 and is now open as a contemporary art museum.