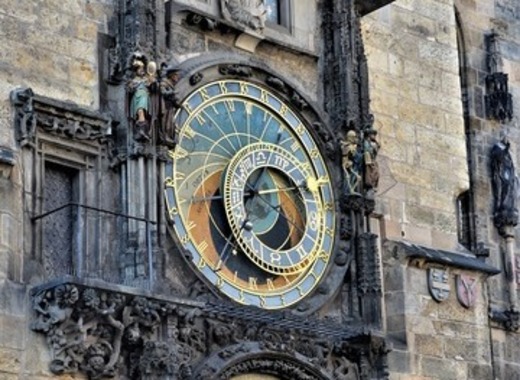 In January the famous Astronomical clock in Staromestske namesti was closed for repair for the first time in 30 years. It has been completely taken apart and restored in a special workshop. Although maintenance is performed every 10 years, the clock has never been out of order for so long since World War Two when it was severely damaged. Fortunately for tourists, it is up and running ahead of schedule.

The Old Town hall was opened in 1338 as the seat of the Old town administration. The astronomical clock in Prague dates back to the early 15th century. It was placed in the Old town tower in 1410, when a special chamber was built of stone for its mechanical part. The astronomic rock shows the direction of the Sun and the Moon and the landmark is also known as the oldest known astronomical clock in operation. The unique clock is provided with a calendar and astronomical desk, but probably its most attractive element is the mechanism of twelve apostles in motion. They are accompanied by other figures placed on the sides of the clock set, like the Death. Every hour hundreds of tourists and locals admire the spectacle of the Twelve Apostles in procession.