The Peles Castle - one of the most modern of its time

It was the first electrified castle in Europe 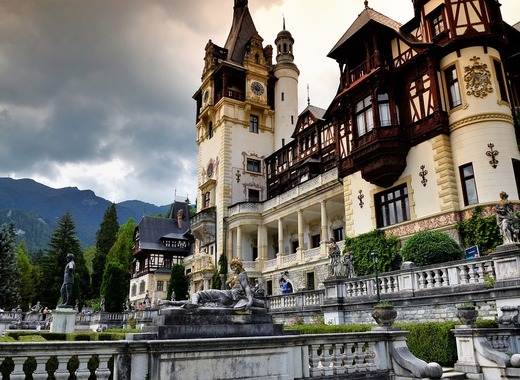 The Peles Castle is without doubt one of the most beautiful castles in Europe. This castle was used as a summer residence by the kings of Romania. Built at the wish of the first Romanian king, Carol I, the German architect Johannes Schultz created a grand palatial alpine castle combining different features of classic European styles, mostly following Italian elegance and German aesthetics along Renaissance lines.

Besides its beauty and unique construction, the castle had very modern facilities for the time. Due to the electrical plant in the Peles Valley, Peles Castle was the first European castle entirely lit by electrical current. The castle has 160 rooms each one with its own identity and theme, several entrances and staircases. The construction took 10 years, but by the end of it, the summer palace was equipped with everything from a movie theater to a concert hall.  Actually, the theater room of the castle is where the first movie projection in Romania took place.