The Portal of the European municipalities – TheMayor.eu was launched today

The launching of the platform took place during the 5 th National “Mayor of the Year” competition in Bulgaria. 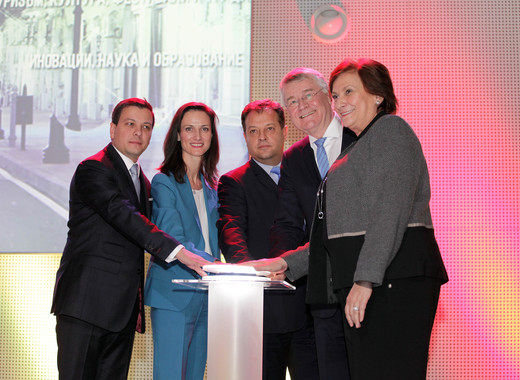 Mariya Gabriel, European Commissioner for Digital Economy and Society, Markku
Markkula – First Vice-president of the European Committee of the Regions, Iskra Mihaylova
– Chair of Committee on Regional Development, Daniel Panov – Chairman of the National
Association of Bulgarian Municipalities and Mayor of Veliko Tarnovo, and Boyan Tomov –
Chairman of EuroAdvance Association and founder of the project TheMayor.EU launched the
one of a kind platform dedicated entirely to the municipalities in the European Union –
TheMayor.eu.
The launching of the platform took place during the 5 th National “Mayor of the Year”
competition in Bulgaria. The main purpose of the portal is to inform European Union citizens
about the good practices implemented by the local administrations in different EU
municipalities. The goal is to help citizens acquire information about what is taking place in
their municipalities also to enhance communication between local mayors, as well as make
information about the work of EU local government institutions more accessible.
TheMayor.eu comprises 28 sections – each for every European Union member state. Every
European municipality has to opportunity to join the platform and popularize the good
practices implemented in it and also to keep track of the development of other European
Union regions.
Everything you need to know about the development of EU regions is now in one place –
TheMayor.eu