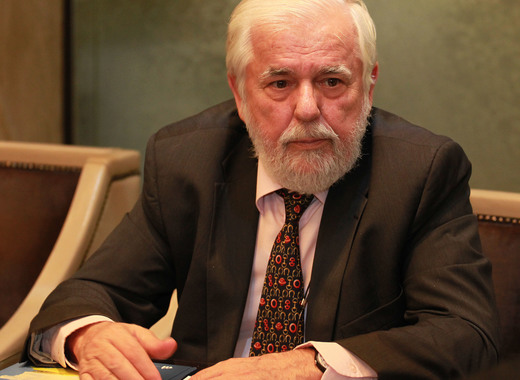 Mr Dassis, which are the EU regions that attract the most people in search of job and what are the policies of the EU and EC for minimizing the differences between the regions in terms of economy?

The issue about the regions attracting the most people in search of employment is very broad. This depends of regional policies, on the condition of the working force and it does not concern just one European region in one country. There is a tendency now for people to go to Germany. Before BREXIT many people were choosing the United Kingdom but it all depends on what they are offered. Unfortunately, many young people leave the peripheral regions of the EU and this calls for stronger policies for economic cohesion. About this I can say that the first European community and the countries that followed it in 1957 had a common policy of economic and social cohesion. Once, there was almost full employment of the population, except in Southern Italy. Something important happened in 1957 – the European social fund was created which aimed at financing professional education. In the course of time, the European community grew and in 1975 the Regional development fund was created. After Spain, Portugal and Greece became members of the EU, the Cohesion fund was established. There were also various other programs. These funds and programs were aimed at economic and social cohesion between regions. Now there are 28 member states, perhaps 27 next year and the policy for economic and social growth has to be reinforced with concrete proposal. Investments have to be allocated throughout the EU and the role of the national governments is extremely important.

How has Europe changed regarding working force with the waves of migrants who have already established themselves in the Union?

Geographically speaking and looking back to history, Europe has always been a stage for migrant movement. Migrants have moved from one country to another, others from other continents to Europe. In the past Europe had needed these migrants and I can assure you that in the future it will need them too because the population of Europe is quite aged now. We at the Committee said that there are perhaps 20, 30 or even 40 million migrants from third countries that want to come to the EU. From a personal standpoint I would say that we should not be hypocritical and say we cannot accept these people. On the issue with regular migration, I have said that we have to establish collaboration between the EU and the counties these people, we call illegal, come from. For those already in the Union the Committee has a creak position: the newcomers have to be integrated in the communities they live in. They have to be respected but they also have to respect the culture and the habits of the people who accept them. Those who are running from wars and repression have to be accepted and integrated for moral reasons because Europe takes pride in how civilized it is. All European countries have signed the convention of 1951 and it says that if a person is in need of asylum have to be given asylum if they are threatened in their country.

In Bulgaria, almost all employers from different sectors are suffering from lack of qualified working force. Educated, as well as uneducated people choose to work abroad for better remuneration. What is your advice for the businesses?

My first advice for employers is to pay their employees rightly. I will tell you something I remember from a discussion I took part in. Collective bargaining is no longer valid in Greece and a base salary of 520 Euro was established. Social partners brought it up to 728. Employers have to pay at least as much as the previous employer had. However, there are no magic formulas and Bulgarian employers have to pay rightly their employees so that they don’t leave the country. I do not know of a person who had left their home land for pleasure – usually they are driven by necessity.

Is it realistic to establish a minimum income?

I am at the foundation of that proposal – it was my idea. About 5 years ago I presented my standpoint in front of the Committee and it had qualified majority – more than 2/3. Unfortunately, a large number of employers did not vote but many others understood my standpoint and voted. There are more than 20 million poor and millions with no income and our suggestion from the Committee was to establish a minimum income for survival to be financed by the European fund. This has to be done for the people in need. This will also improve local economy because people who had no income before will spend their new income locally. This will show European solidarity. One of the proposals in France was of basic income. Finland now has some experience with the base income. I am open for debate and the proposal I have made in front of the Committee is concrete.

Businesses often define the procedures for obtaining a Blue Card for work to be slow and inefficient. Do you think that the procedures have to be made easier?

Right now, this Blue Card is only issued for IT specialists. Do you think that the range of occupations has to be broadened?

I could not really answer this question. I could share my opinion based on my experience. To me, a person who has regularly established themselves in a given country has to have the right to freely practice their occupation. A person who lives in a given community and pays the same taxes should be able to work as well, just like the others.

Is workforce from outside the EU a threat to the labor market?

I do not think it is a threat. We in the EU need regular and legal emigration. If the market needs workers, they have to be accepted. If it is done the regular way, it does not pose a threat.