The Province of Gelderland – Leader in Entrepreneurial Sustainability 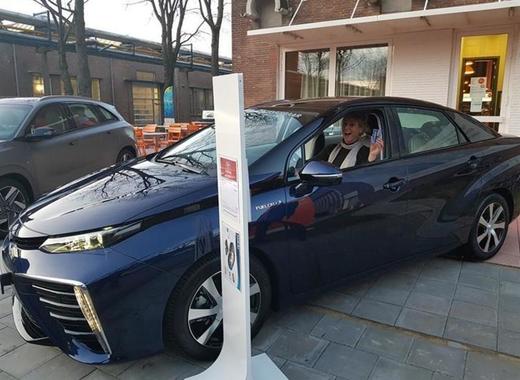 The Netherlands is a very proactive participant in various projects and initiatives in the field of innovation and sustainability. It takes advantage of different European programs and funding, but also has its own projects developed by municipalities, regional authorities or the private business. The Province of Gelderland is not different.

It is located in the central-eastern part of the Netherlands and is the largest province in the country. It is located on the border with Germany. Gelderland boasts beautiful landscapes – forests and rivers, large rural areas and a lot of flora and fauna. Because of the Netherlands territory arrangements, the province has decision-making power in many areas, including transport, urban development and environment. That is why there are a lot of projects being implemented throughout the province. Here, we will acquaint you with some of them.

In the city of Arnhem, the H2 Drive project is working towards the provision of 90 cars that will drive on hydrogen in a radius of 30 km around the city centre. The strive for clean air and reduction of emissions has led to the development of this project. It has a simulation package for a 50%-discount of hydrogen. Conditions for participation in this pilot project is to live in Arnhem or in a 30-kilometre radius and to share your experience with it. The idea came from a few companies – Gloedcommunicatie, H4 Lease, Herwers, Stichting Kiemt and KplusV. They have both the administrative and financial support of the municipality and will run the project up to July 2020.

Sustainability is not only economical and environmental. It is also social. Social innovation has become one of the cornerstones of the European sustainable future. The Netherlands does not stay behind in such initiatives. Four companies from four different cities were presented with certificates for their activities: Kranendonk Smart Robotics (Tiel), Modderkolk Project & Maintenance (Wijchen), Doeko (Weurt) and the Movements Group (Wijchen). Their successes come from a few ideas they implement in their companies such as self-managing teams, flexible working hours, sharing experience with employees from other companies, etc. All these ideas are not new but these companies bring them to life by implementing them. The CEO of Kranendon, Justin Geraerds shares the opinion that social innovation is what actually brings success to the company. By appreciating the employees and their work, the quality of this work and the efficiency largely increases.

Circular economy on the road

The first road with noise-reducing asphalt produced from 60% recycled asphalt became a fact in Ermelo. One of the Province`s Deputies says that they would like to set a good example by reducing CO2 emissions, especially in the transport sector. This project is one of the most innovative ones and is part of the circular economy objectives. It is financed by the Province and implemented by BAM. The new asphalt is produced at a lower temperature, 105°C instead of 165°C.

Innovation and sustainability go hand in hand in the Netherlands in general and in the Province of Gelderland, in particular. The state and regional authorities are constantly on the look-out for partners that dare to innovate and create a better and sustainable future for all.