The reconstruction of Wenceslas Square in Prague finally begins 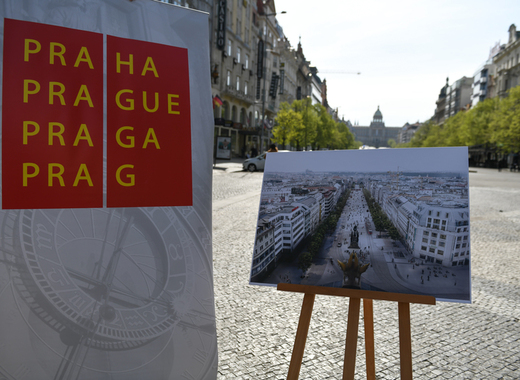 After years of waiting, the reconstruction of the Wenceslas Square in Prague has begun. The city representatives handed out the reconstruction site to Hochtief CZ on Wednesday 15 April. The company will do a total makeover of one of the largest squares in Central Europe for the amount of CZK 327 million.

The new Wenceslas Square will be more open

The first phase previews a revitalization of the section between Na Příkopech and Vodičkova streets, but the upper part of this historical site is also expected to undergo major changes. In the lower part of the square, the modifications are mainly aimed to improve the quality of the environment for residents and visitors.

The surfaces will be paved anew, and new furniture will be installed, with double-row alleys on both sides of the square, including mechanisms for irrigation of trees. The Metro stations will be also be protected against flooding.

When it comes to the upper part, the most dramatic change will consist of the construction of a new tram line going to the side parts of the square. Its centre will be left as a pedestrian zone with extended walkways and a dedicated lane for cyclists. Last but not least, the new greenery will pay an homage to the 19th-century traditions when lime trees existed on the Square. 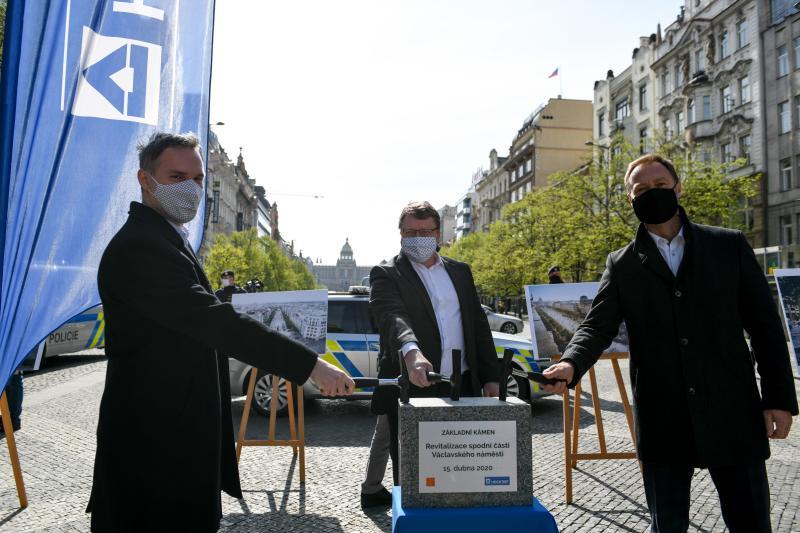 The first completed sectors of the reconstruction are to be seen in 2021 and the entire site should be finished by 2025. Photo: City of Prague

“I am pleased that after many years and many long preparations, the reconstruction of this iconic Prague square will finally begin! Contrary to the original design, long-discussed ramps to private underground garages have disappeared from Wenceslas Square. On the contrary, the restoration and planting of trees is part of the revitalization, for which I am very pleased”, said the Mayor of Prague Zdeněk Hřib. 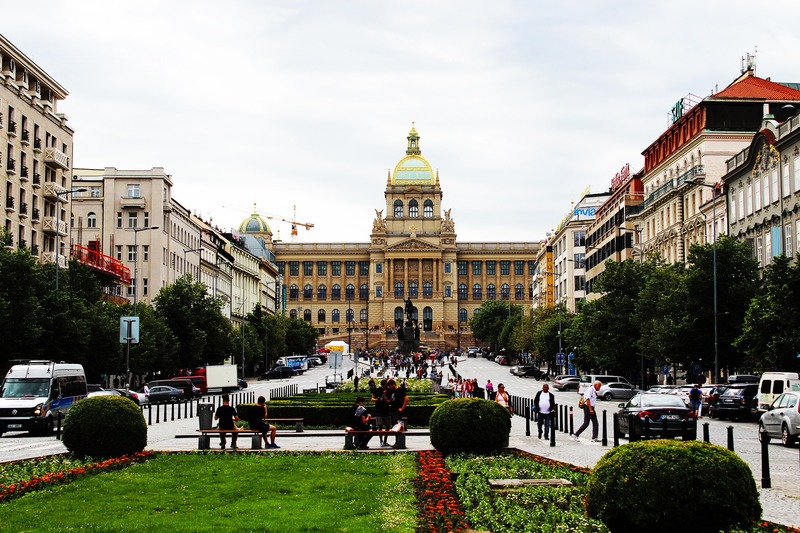 Wenceslas Square or Václavské náměstí as it stands today

Wenceslas Square (known locally as Václavské náměstí) is the commercial and administrative centre of the Czech capital. It was created by Charles IV in 1348, when the entire New Town was built in just nine years, underlines architect Jakub Cígler quoted by the municipal portal. Meanwhile, as of today, it has taken more than 15 years to reconstruct just the square.