The Red Town Hall – one of Berlin's most famous landmarks

It is the seat of the Governing Mayor, Michael Müller 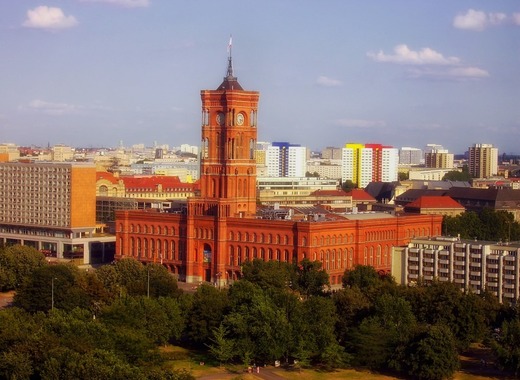 The Red Town Hall (Rotes Rathaus), located in the Mitte district near Alexanderplatz, is one of Berlin's most famous landmarks. It is the seat of the Governing Mayor, Michael Müller, and the Senate of Berlin. It derives its name from the façade design which is made up of red bricks. Built between 1861 and 1869, the neo-renaissance building was designed as a multi-winged complex in round-arch style featuring 3 inner courtyards and a 74 meters high tower. 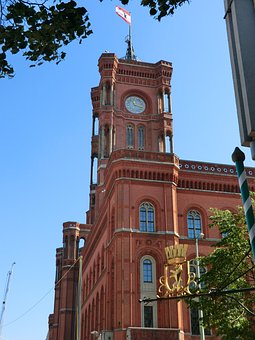 The Red Town Hall is a seat of the administration of reunified Berlin since 1991. The Hall consists of several significant rooms. The armorial hall used to be the meeting place of the city council assembly. The name of the hall derives from the windows which represent all the emblems of Berlin and the emblems of all the districts of the city. Today the armorial hall is used as a reception room for guests of state. 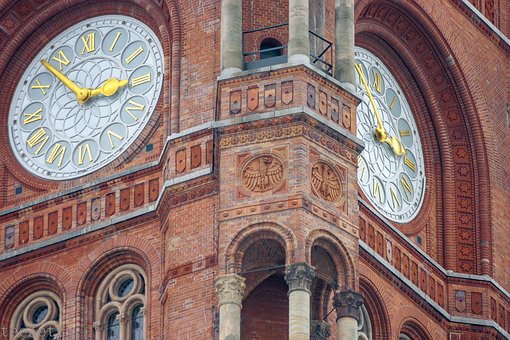 The great ceremonial hall is the largest room in the town hall and is used today for events such as receptions and ceremonies. The third floor holds two halls which are used for meetings. They can also be rented. The hallway on the third floor holds the portraits of every honorary citizen of Berlin. The Red Town Hall and its exhibitions are open to visitors from 9 to 18 hrs Monday to Friday.