The renovation of Lisbon’s 2a Circular road is under way

It will be carried out during night hours 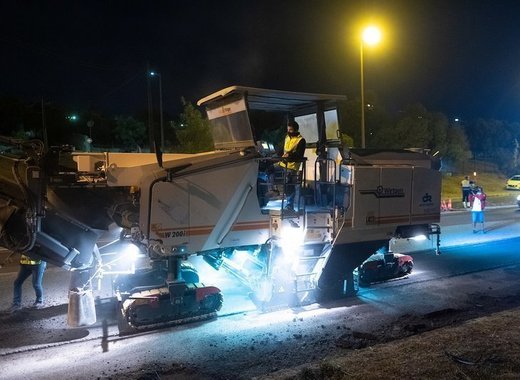 Earlier this week it was announced that the long-expected renovation of one of the main road arteries of Lisbon, 2a Circular, had already begun and is expected to continue throughout the next 10 months. The project counts with an investment of more than 4 and a half million euros, which will go into improving the safety, signalling and pavement for the comfort for the numerous drivers using the infrastructure daily.

Despite its name, the highway does not form a circle around the capital

Fernando Medina, the Mayor of Lisbon, was present at the start of the works, which took place on the night of 31 August at the Prior Velho access to the 2a Circular. He was confident that this renovation will improve the safety and road conditions in the Portuguese capital.

"It has not happened for more than 20 years, ever since Expo98", said the mayor, referring to the long-awaited renovations. He assured that "it was time to make this emergency intervention, which will not change the profile of the 2a Circular in any way. It will remain the same as it is, with the dual sense of direction, the traffic lanes and the exits that it has always had".

Work on the highway will be performed between 21:00 and 6:00 taking up every night for the next ten months, with the idea to cause the least possible disruptions to daily traffic.

The 2a Circular is made up of three avenues: Eusébio de Silva Ferreira, General Norton de Matos and Marechal Craveiro Lopes and stretches for 10 kilometres leading to the Lisbon Airport. It was built in stages between the 1940s and 1990s as part of the urban expansion plan of the capital to the north.

With the completion of Eixo Norte Sul, in 2007, and CRIL, in 2011, part of the urban traffic was directed to these highways and the Circular became important as the distribution alley for the inner city’s traffic flow.