The tiny republic covers an area of less than 1 sq. km. 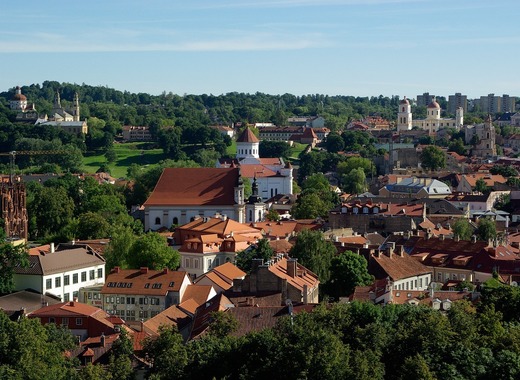 The tiny self-declared Republic of Užupis, located in the heart of the Lithuanian capital of Vilnius, is probably the smallest republic in the world. It has its own constitution and government, president and even currency. It also had an amry of about 10 men who were retired because of the peaceful nature of the republic. The Vilnele River serves as a natural border, separating Užupis' territory from Vilnius.

The republic celebrates its indipendence every year on the 1st of April. This is a very special day for tourists because only on April 1st can they have their passports stamped with the official stamp of Užupis, all other days the border does not have guards, and use the local currency. Entering the republic, tourists can also enjoy the beer fountain in the center.

A curious fact is that what started as a joke, now has its consituttion translated in a multitude of languages. Užupis' philosophy follows the one of Aristotle which states that any good city should have a finite number of citizens which should not exceed 5000. All of Užupis population are governed by several ministers governing from their parliament which is also a cafe/pub.