The return of this profession might save Porto’s rivers 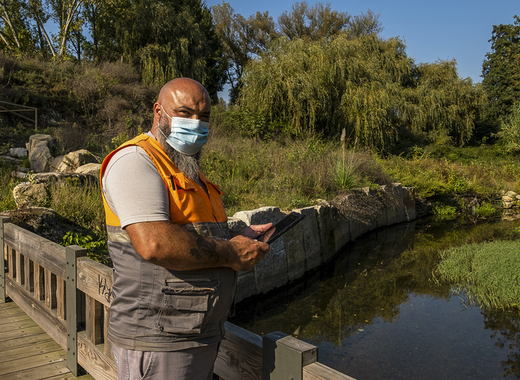 The municipal website of Porto has reported the return of the guarda-rios. In Portuguese, this may lead to some confusion initially since this word refers both to the kingfisher bird (a beautiful avian inhabiting riverbanks), and also to a type of profession that had been extinguished until recently.

In English, we could translate this job as a ‘river guardian’. These people are tasked with overseeing the maintenance of clean natural waterways in the municipality.

A big part of the resurrection of this profession was attributed to the municipal water supply company - Águas do Porto, which employs the river guardians.

A good example of the need for professionals who take care of the urban environment was the recent clean-up and recovery of the Rio Tinto watercourse in Porto, made possible by river guardians. The clean-up had the positive effect of allowing to double the allocated space for the Parque Oriental, a green space that now counts with additional 3 kilometres of pedestrian paths along that river.

"The recovery was faster than I expected. After a few weeks, the water ran clear and you could see the bottom. The most spectacular thing, which has happened recently, is the recovery of aquatic biodiversity: today we already see fish, we see eels, we have a clear improvement in the water quality and space in general," explained Filipe Araújo, City Councillor for Environment.

The presence of river guardians does not only rely on the manual work that they provide towards the preservation of clean waters and biodiversity. It can also have a preventative benefit to it.

"The fact that we are present makes people watch over the river, it makes sure that there are not as many illegal acts, and that is very positive for the bodies of water and for the city. River guardians have daily routines, we visit several points that can be critical," said Rita Cunha, Águas do Porto coordinator.

The website also reported that Porto Municipality is also committed to providing more green areas to its residents, such as the upcoming Parque Central da Asprela, expected to be completed in 2022.