The search is on for Europe's greenest cities 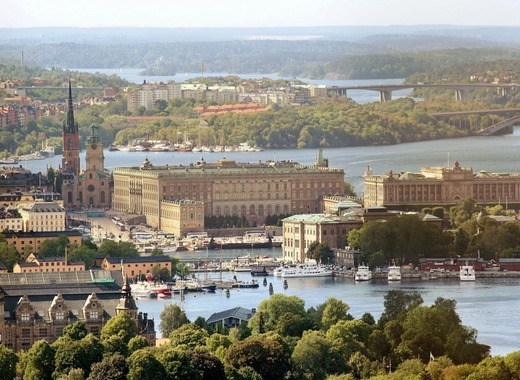 Source: Stockholm was the first city to win the European Green Capital Award in 2010 / Pixabay

On Thursday, the European Commission launched one of its most popular contests in the field of sustainable living. Small and large cities of Europe can apply and win the 2023 European Green Capital (EGCA 2023) and the 2022 European Green Leaf (EGLA 2022) Awards and be recognised as champions in environmentally friendly urban development.

Why reward the greenest cities?

The European Green Capital Awards were born in 2008 and since then they have been highlighting the achievements of the greenest cities of Europe. It is of utmost importance to reward the efforts in building healthier and more pleasant cities, considering that more than two-thirds of the continent's population lives in urban areas.

But apart from praise for the high-flyers, the Awards aim to inform and inspire others to work towards implementing the European Green Deal. This appears to work well so far, as the number of winners has grown to the 12 laureates to this day.

What is more, the success of the EGCA was so great that in 2015 it was decided that smaller urban settlements should also be able to compete, albeit in a different category. Hence, the European Green Leaf Award was born.

It has been given ever since, to smaller cities and towns with a population of 20 000 – 99 999 inhabitants. In both cases, the competition is fierce and the applicants must convince an expert jury, composed of 12 independent members.

Now, the application period is open again and more cities can join the prestigious list of winners. As usual, no more than one European Green Capital and two European Green Leaf Awards winners can be selected.

However, there is an important improvement in this year’s contest, namely in the amount of the prize money given which totals one million euros. This amount is aimed to support cities in putting in place urban sustainability measures.

Respectively, the EGCA 2023 winner will get EUR 600 000, while the two EGLA 2022 titleholders can receive EUR 200 000 each. The soar in the financial reward is in synchrony with the important role cities play in delivering on the objectives of the European Green Deal, including Communication: EU Biodiversity Strategy for 2030 - Bringing nature back into our lives.

On this occasion, the European Commissioner for the Environment, Oceans and Fisheries, Virginijus Sinkevičius sad “Sustainability is not a luxury, it is a necessity. In these difficult times, when a number of European cities are facing economic and social challenges, we want to help them in realising their sustainability vision. Past winners have shown that it is perfectly possible to live in a cleaner, greener environment and protect citizens’ health while having a thriving economy. I encourage all cities in Europe to follow the Green Capital and Green Leaf path of urban sustainability.”.

Everyone interested in applying or learning more about the Awards is invited to visit their official webpage.