The secret life of Wroclaw's dwarfs 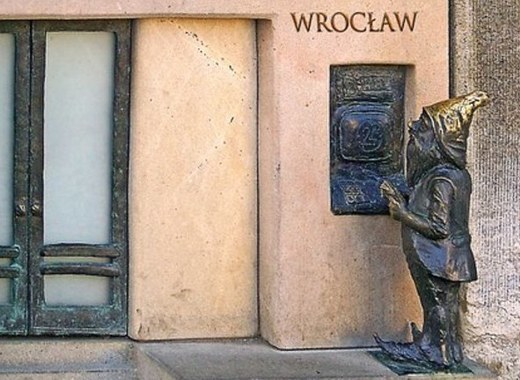 Everything started in 2001 when the first dwarf appeared on Świdnicka Street in the Polish city of Wroclaw. It meant to commemorate the Orange alternative, the Polish anticommunist movement the most powered tool of which were humour and satire, symbolized by the dwarf. The movement originated from Wroclaw and used to hold meetings on the same street. An alternative approach prevented the police from arresting its supporters, because their activities could not be easily identified as directly opposing the totalitarian regime. The movement was suspended after the collapse of communism, but regained small-scale activities in 2001.

The first dwarf, although considerably bigger, inspired the creation of a multitude of new members around the capital of Lower Silesia, which have various meanings: supporting a cause, advertising a business venture or depicting a common lifestyle. Tourists find the dwarfs particularly attractive and can be seen hanging around with a face in the mobile phone, hunting for dwarfs in one of several mobile apps dedicated to this local attraction.