The snow anthill in Spiš 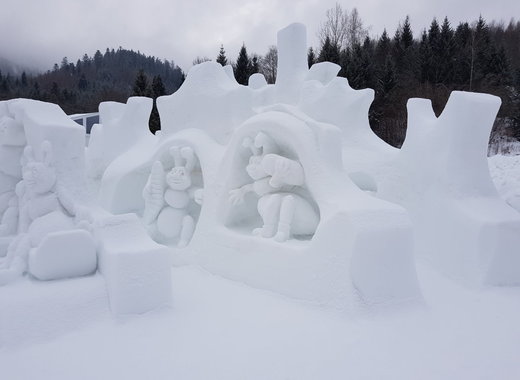 There is new attraction at Mraznica Hnilčík Ski Center in the Spiš region – an anthill made from artificial snow. Its creator is sculptor Adam Bakoš who together with his Czecho-Slovak team worked on the 10 metres wide tunnel located under the ski slopes for eight days.

Several ants decorate the north wall of the anthill; one is on a snowboard, another on a sledge and the queen ant is also there. It is possible to walk through three of tunnels. A hockey goalkeeper ant also stands nearby. Another novelty in Hnilčík is the covered ice rink, accessible especially during the weekends.