The Spanish struggle with electric scooters

They often cause inconvenience for pedestrians 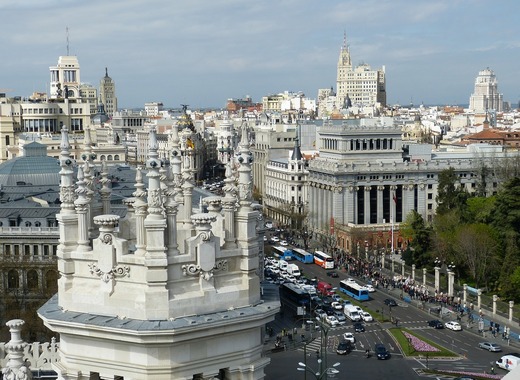 As eco as they can be, electric scooters turn out to be more of a problem than convenience on the streets of Madrid and other major Spanish cities. The scheme is the same as with the rentable electric cars or bicycles - you find it using an app, pay a fee, ride, and then park it at any location. That last part turns out to be causing troubles for pedestrians as scooters are being left on sidewalks or used withour taking into consideration traffic rules.

The irresponsible driving of the scooters also causes chaos. Some viral videos show people racing with the vehicles causing problems for pedestrians and other drivers as well. Of course, opinions on the issue are divided as many see the scooters as way more convenient method to travel around while others see it as potentially very dangerous. Barcelona and Valencia are among Spain's major cities that have to tackle the issue.